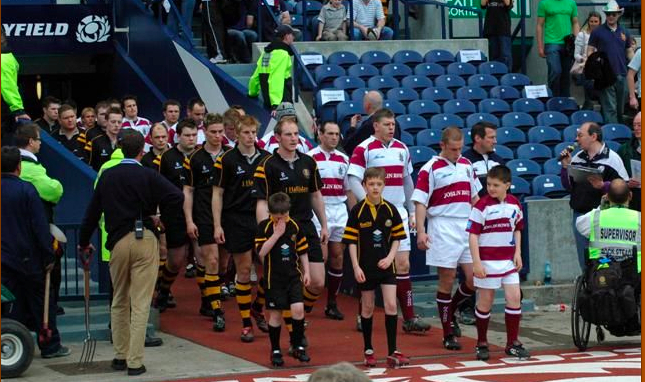 On the 19th August 2011, professional rugby player Ben Cairns ruptured his ACL in a pre season match against Sale Sharks. After a couple of set backs Ben is playing for the first time in 15 months on Friday night for Melrose RFC in the British and Irish Cup.

Ben has agreed to write about his road to recovery in a series of posts on our blog, with his first contribution scheduled for next Wednesday. In the meantime I thought I would give you a bit of background information on Ben.

Ben was brought up in Edinburgh and attended the Royal High School, he first picked up a rugby ball aged 7 when he joined the Royal High mini rugby club. After school Ben entered into a Sports Science and Psychology degree at Heriot Watt University. Whilst at University, Ben played rugby for Currie RFC and narrowly missed out on winning the Scottish Cup in 2006.

He was however named man of the match and impressed many onlookers at Murrayfield, so much so he signed as a professional 2 weeks later. Ben has been a professional rugby player for 7 years and in that time he has become his club's all time leading try scorer in the Heineken Cup and has gained 7 international caps. His favourite position is Outside Centre and his biggest strengths are his outside break and his distribution skills.

We are looking forward to getting a real insight into his long road to recovery and wish him well in his match against Nottingham on Friday night.