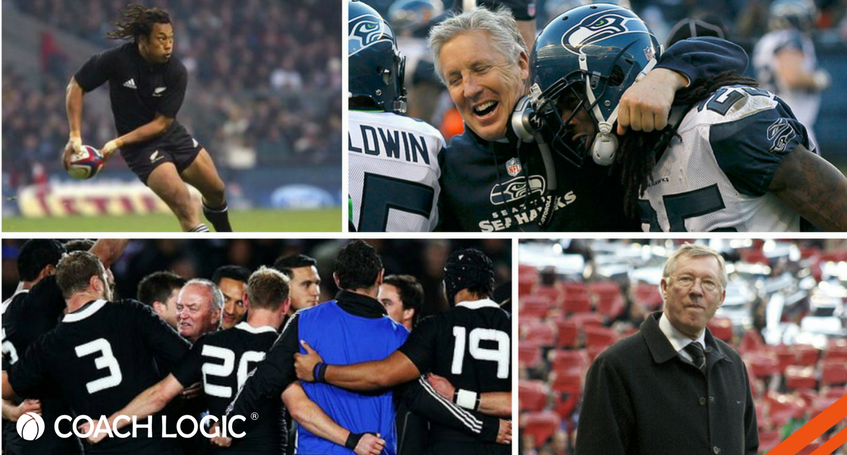 In recent years the word ‘culture’ has become increasingly popular in the analysis of both good or bad team performance. I grew up as a Manchester United fan hearing throughout the 1990’s how Sir Alex Ferguson implemented a ‘winning culture’. Whether it was the infamous hairdryer treatment for poor performing players or the immediate focus on the next championship before the champagne had dried, Ferguson drove for excellence. However, times are changing.

Modern athletes, professional or amateur, are less likely to accept some of Ferguson’s more dominant and controlling traits whilst also having plenty of other options, activities and events in their lives that compete for their attention and time. In this blog, I’m going to try to address why culture is important for all coaches, outline some of the key theories associated with motivational climate and seek to explain the culture within some of the world’s best performing teams.

In my opinion, there is an unbreakable bond between culture and motivational climate. In sport, the coach is typically regarded as the most influential significant other in the athlete’s experience (Pensgaard and Roberts, 2002).

It therefore goes without saying that the coach has a critical role in framing that experience and can foster a positive motivational climate that can influence an athlete’s thoughts, feelings and actions (Allen and Hodge, 2006).

A coaches actions, organisation of sessions, coaching philosophy, interpersonal interactions and more can create a contextual environment that is heavily influential on athlete motivation and behaviour (Gagne, Ryan and Bargmann, 2003).

Crucial to the process is how the athlete perceives and interprets the actions of the coach (are they hearing what you are saying?) which, in turn, directly impacts upon their choice of action (Roberts, 2001).

There are still many coaches who dismiss the notion of culture and deride its’ importance but the actions of their athletes start with the coach – if the coach can provide an environment that focuses on competence (rather than result alone) then it influences athlete behaviours such as choice, effort, persistence and enjoyment. It is these behaviours, in response to and in correlation with, the climate established by the coach that forms a team culture.

The Achievement Motivation perspective (Ames, 1992) asserts that the way coaches shape the setting establishes a motivational climate that conveys certain goals to the athletes. A Mastery Climate is associated with a focus on the Task, where athletes seek to increase their competence and feeling of mastery. In contrast, a Performance Climate is associated with Ego whereby athletes seek to demonstrate their competence in contrast with those around them. It is the Mastery climate which has been found to produce positive motivational outcomes and increase intrinsic motivation, whereas Performance climates increase worry and anxiety. Strategies for fostering a Mastery climate include designing sessions to maximise variety, individual input, group involvement, challenge and progress.

Self-Determination Theory (Deci and Ryan, 1985) focuses on the social factors (eg coach behaviour) that influence various forms of motivation through the athlete’s perception of their autonomy, competence and relatedness. If these three needs can be satisfied then athlete motivation is likely to be intrinsic which will drive positive actions. Research indicates that coaches can support these needs by emphasising development of athlete understanding through questioning, providing opportunity for decision making and ownership, and by listening to the needs/wants/thoughts of their players.

An Autonomy-Supportive motivational climate (Meagaeu and Vallerand, 2003) presents athletes with choice and a rationale for tasks, acknowledges athlete’s feelings and provides them with opportunities to show initiative. Coach feedback should be empowering, noncontrolling and competence based (eg. Increasing an athlete’s strengths as well as seeking to improve weaknesses). It can promote an adaptive environment where athletes are able to both enjoy participation and seek optimal performance (Mallett, 2005).

Transformational Leadership (Bass and Riggio, 2006) encourages coaches to build relationships with players based on personal, emotional and inspirational exchanges with a goal to develop a player to the fullest. Coaches outline an inspirational vision, provide support to achieve the vision and provide the challenge necessary to achieve it.

Examples of Culture and Motivational Climate in Sport

The book ‘Legacy’ by James Kerr cast a light on the strong culture within the New Zealand rugby-union team. Following under-achievement and public issues with alcohol, the coaching staff sought to make a purposeful effort to improve the culture within the team by fostering the autonomy of the players. They created a training environment that was flexible and evolving, challenging different players at different times according to their needs. Graham Henry and his staff also sought to establish a Dual-Management Model (between players and coaches) whereby player input was valued and utilised.

The squad also subscribed to the idea that ‘better people make better All Blacks’ which increased player accountability, squad harmony and the coaches believed that there was a link between a players’ off-field decision making and his on-field decision making under pressure. The players were empowered, given responsibility and leadership, often presenting to the rest of the squad on elements of the game plan or analysing the opposition. Tana Umaga once confronted Graham Henry, questioning whether his team talks were for the benefit of the players or to make Henry himself feel better – Henry realised his players didn’t need his input before the game because the preparation had been done during the week. This was all aligned under an expectation of excellence which drove the squad toward a focus on mastery.

At the Seattle Seahawks, Pete Carroll immediately tried to implement his vision of positive coaching alongside relentless competitiveness. Carroll and his staff committed to a nurturing environment that allowed players to be themselves whilst also accountable to their teammates. He coined the phrase ‘Win Forever’ to describe his philosophy, but explained the focus wasn’t actually on the result but rather on always competing, maximizing potential and making the most of opportunities. Training was designed to be as fun and competitive as possible, encouraging players to be the best they could be. Carroll has been described as “an Authoritarian Parent: warm but demanding, unconditionally supportive but with high expectations”. With the help of Michael Gervais, Carroll built a franchise that valued keeping an open mind, learning and the quest for improvement.

A positive motivational climate and a culture that values individual development has been shown to have a positive impact on athlete motivation and learning. A sense of obligation kills the passion and enthusiasm of your players so try to create an environment that is fun, gives them ownership and builds valued relationships. It doesn’t mean that you shouldn’t want to win, everyone still wants to win. Rather, it is important to consider how you define success and how you frame the information provided by the result. Following the Seahawks disastrous play call in the Super Bowl, Carroll focused on it being the “worst possible outcome” rather than “the worst possible decision”. 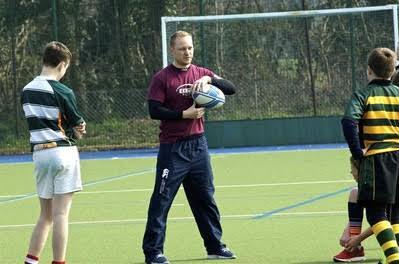 Improve your Coaching through better learning

As a coach it is important to prioritise learning within your plans for development and career progression. In my view, learning is about more than just getting your qualifications, it is about embracing the concept of learning across all aspects of coaching. Whilst not exhaustive, in this blog I’ll discuss some of the areas that coaches can apply learning to and how they may do it.

Communication is crucial to all aspects of coaching and it is my belief that it needs to be carefully considered and continually reviewed by a coach.