Are We Really Coaching Decision Making? 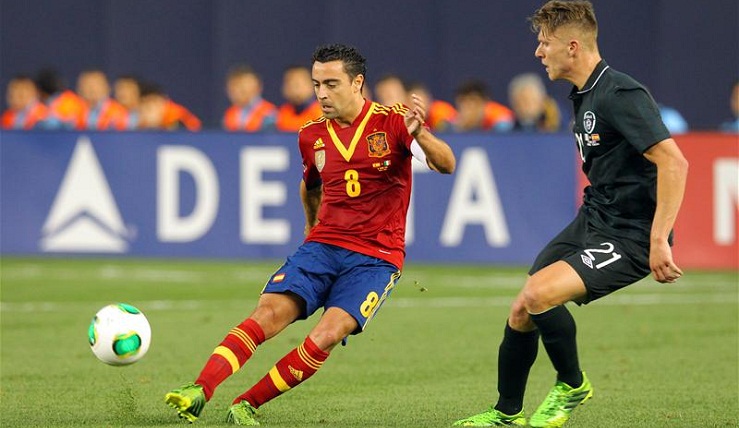 It has become one of the hottest topics in coaching today. Skill, speed, and power are no longer enough for success if they are not used effectively. Spanish playmaker Andres Iniesta recently said:

“Speed of thought and speed of the decision making separates the best players in the world from the rest.”

Watch a Champions League game and you will see what he is talking about. Intelligence is now a key part of the game and will continue to be as the demands on players grow alongside the resources they are becoming exposed to. The rewards today are higher than ever and the margin for error is becoming smaller. As a result, the challenges for coaches are simple:
Firstly, we must understand every aspect of decision making and secondly, we must be able to both coach it and influence our players’ lives in the right way.

‍Training environment is vitally important when developing decision makers. Decision making and execution of skill are closely related and can only be learned when training at a high intensity. We must challenge our players to learn fast.

If they are not making mistakes in a session, it is too easy and we must change the tempo or the conditions to bring them outside their comfort zone.

If practice is always the same, players get used to routines and it becomes easy. Research the methods used at the Barcelona academy and you will find players being exposed to multiple types of decisions in every single practice. So how can we bring this to our training? The first step in improving decision making is therefore to identify what we are looking for, and how we can improve it.

‍1. Technique – Without mastery of the ball, a player’s options become limited and they become a decision taker rather than maker.

2. Timing – How to create a yard of space is very much an under-taught skill in the game but is critical in decision making. If a player has more space, they have more time in which to chose the right option.

3. Positioning – Being in the right place with your body facing the right way can give you a huge advantage. Great players like David Silva and Andres Iniesta have a unique appreciation of space and excel in this area.

4. Communication – Once a player gets in a good position, how can they receive the ball? Being loud and vocal can really help younger players be constantly involved in the game, as well as helping teammates lift their heads.

5. Reading Play In Real Time – In the Premier League, 80% of passes are one and two touch. The game is now played at lightening speed so players who can focus, refocus, and maintain high levels of mental intensity will be at a huge advantage.

6. Tactical Repetition – This is a player’s conditioned response to a situation that arises in the game. An example, would be a holding midfielder opening up in possession to switch the point of attack. It seems effortless but he/she sees the same picture every day in training and can therefore perform it automatically.

The importance of decision making on a player’s development does not only apply to the football field. There are no more important decisions to make than who our players are surrounding themselves with and how they are looking after their bodies. No matter how good the training is, if the player is hanging out with the wrong company or failing to get the required amount of rest and correct diet, they will not maximize their talent. As coaches, we have a role here also. We should not turn a blind eye after training but instead take an interest in their life off the field. The company a player keeps will shape attitude and long-term success more than any other element. Most coaches focus on helping players avoid making bad decisions whereas the top coaches focus more on helping them making the best decisions. Every player knows the difference between right and wrong, but few know the difference between good and great.

Another aspect of decision making involves teams rather than individuals. If your team cannot make key decisions at key times, they will implode under the pressure of competition. The most successful coaches can manipulate their environment to make the players feel like they have important roles and responsibilities, without the coach themselves relinquishing control. It takes both work and imagination. They constantly put their players in situations where they have to work together to solve little problems. This will help them to solve big ones. Jose Mourinho has handed team talks over to players in an attempt to get his team to take ownership of their performance because if a team decides to take responsibility, the rewards are huge. The culture becomes player-driven, concentration levels rise dramatically and communication on the field drives every single player towards getting the desired result. Why did Sir Alex Ferguson always focus on stoppage time in big games and not team tactics? Because he trusted that if he could ‘buy’ his team an extra minute or two, they could deliver under the pressure. There is no greater trust than that from a coach.

‍Here is a summary of how coaches can help:

‍– Variety in the training program

– Competition –> If there is something at stake, decisions will matter

– Regular conversations with players about life on and off the field

So when talking about decision making within the game, let’s not just simply scrutinize what option the player chose in a certain situation and instead look deeper. Decision making is a result of so many factors and everything a player does every day either strengthens or weakens their ability to do it in a game. The irony of course, is that coaching decision making requires the same principles for the coaches.

We have to look closely at how we work:
1. Do we decide to do what we have always done before because it is convenient?
2. Do we assume that players know how significant lifestyle choices impact performance?
3. What are our players social habits?
4. Is our team practicing decision making every time they are together?

‍Decision making will soon become just as important in the coaching world as it is on the football field. We can have more impact on developing decision makers and we can have an even bigger impact on improving them. And if we fail to change and evolve with the times who knows…the game might decide to leave us behind.