Right in the middle of his remote coaching experience, and with the season fast approaching, Mark shares how he continues to support individual development from afar, leans on his co-coaches when it's difficult to give as much time, and asks for squad feedback so they're better prepared for next time out.

Aaron is a young player on the team with lots of potential, so I want to give him information that will help him, and let him know what a model performer looks like in his position. Alongside the text,  I’ve shared and YouTube video with some Maro Otoje highlights.

He came back saying “sorry if this is a stupid question, but what is ‘folding under’?”

It’s clearly not a silly question, because it is fundamental that he knows his role if he’s going to develop.

As coaches, we get nodding heads when we’re doing this face to face, so what I think works with Coach Logic is it gives the person space and time to think, and to ask the ‘silly question’.

Do you think he would have asked that in front of the squad?

I don’t think he would have (yet). He’s not long out of school, new to the squad and the young guys often don’t get a word in edge ways against the more senior players.

Coach Logic creates another space to ask questions, provide time to reflect, and capture more of the squads knowledge.

Until he ask that question, the whole feedback was wasted.

To further support him, I used Canva again and screen recorded via zoom, to create a short video to help with the understanding.

It gives him another picture of what that looks like.

We’ve now got to a really good conclusion as he has a clear picture, and I’m not getting frustrated when he doesn’t deliver.

It may seem like a lot for one player, but this is scalabale to the whole squad...

Yeah, it gets shared with all the players.

He’s not the only person doing this role, so this creates another medium to support the rest of the team too.

You’ve had another game you’ve not attended, but watched it back. How was that?

I found it difficult this week to find the time…

However Ally, co-coach, is doing some great work talking about shape, being positive and getting good engagement. Even though I’m not involved, I can easily catch up and contribute later on.

When that time comes, I’m sending really positive messages out, and always single out the individual, but let the whole squad see the message.

It’s positive, so it’s important everyone see’s it, like you would in a teaching environment.

Do the players respond well?

The players are really bought in, and very much on top of where we need to improve as a team.

On top of this, Ally found some content from World Rugby, which matches what we’re doing, so it’s effectively a different voice and has had a great impact.

You’re now coming to end of pre-season how will you learn from how it’s gone..

We used Typeform to send out a questionnaire, which was tied into a Rat Race event we ran for the squad.

Using typeform was an easy way to collect feedback, and a great way to get some insights from the squad on how they felt pre-season went.

We can then take this forward into the season, and revisit it before next year’s pre-season.

We’re going to have a Culture meeting via zoom. We want to hear the behaviours that are important to the squad. We effectively have 2 years of new players due to no season last time out.

It’s important we don’t take for granted what the on/off field behaviours look like at Currie Chieftains.

The coaches and senior players have identified the ‘words’, but we need to bring to life what those words mean and what it looks like. We’ll use zoom rooms to get the squad to say “this is what resilience looks like…”

Culture is not something that goes on a wall, it’s something you do. There words should be verbs.

You can watch the full discussion here.

If you’d like to find out more about how Coach Logic can support your development as a coach, and improve the performance of your team, please get in touch. 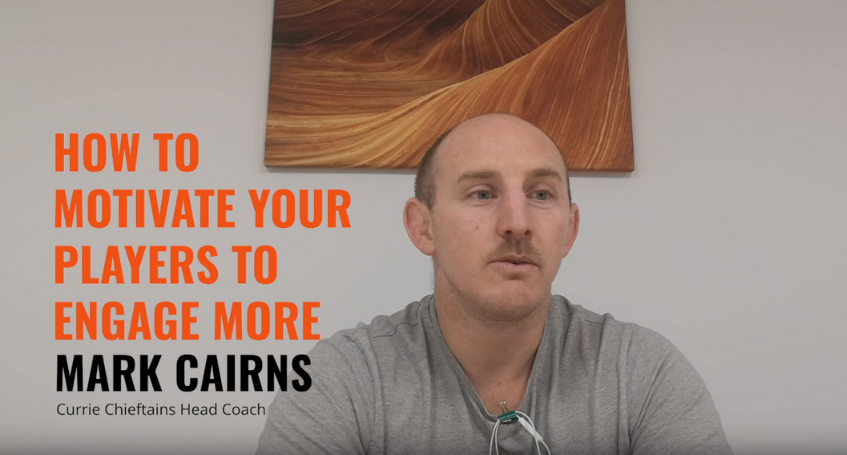 This time last year we pulled off some information from the Currie platform and it was very coach heavy. Since then there's been a big change with impressive results.