My Filming and Editing process for uploading to Coach Logic 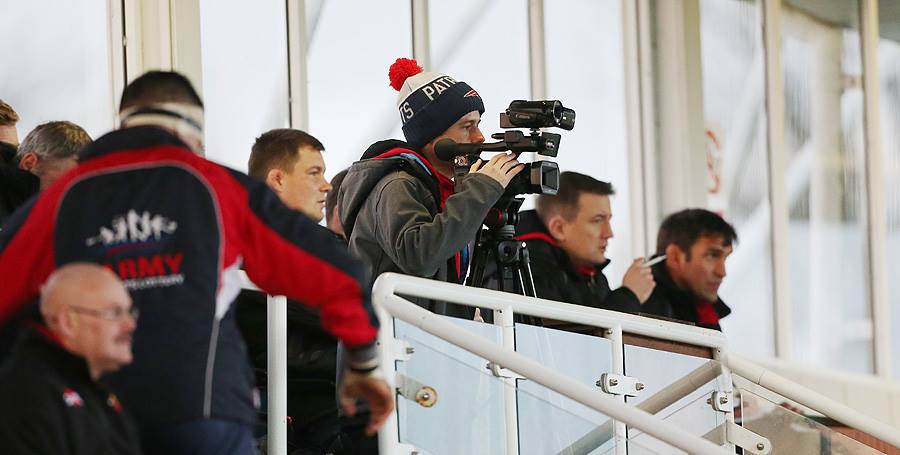 Following on from my last blog in which I talked about some useful accessories for filming sports on a budget I thought I’d go through my filming and editing process for uploading to Coach Logic.

As I mentioned previously, I prefer a minimalist set up when I film – keeping things simple. As a Videographer, I’ve shot a wide variety of sports over the years for either analytical or promotional purposes. These include; Rugby Union/League, Football, Tennis, Hockey, Netball, Water Polo, Swimming & Cricket.

I’ve been covering games as a single camera setup for many years, mostly shooting Rugby Union. It’s fun to change things up now and again though and shoot different sports, each of which allows me to get creative with different filming styles and angles. I enjoy both the filming and editing aspect of the role combining with my enjoyment of a variety of sports.

As well as filming a game for Coaches and producing footage suitable to analyse I also occasionally shoot with the purpose of producing promotional or motivational videos for teams. This means I’ll look to get closer to the action, pitch side, and film in a different way to get some good shots and angles that would look better in this type of video. These can then be shown to the team prior to a game or uploaded to my YouTube Channel or other Social Media platforms.

Prior to heading out to film a game I’ll make sure my bag is packed with everything I need. I usually go through and sort my equipment the evening before. I’ll firstly check that my batteries are charged, including spares. I’ll also check my SD Cards have plenty of capacity and are ready to record. I’ll make sure I have also packed any other accessories, if needed, such as; Microphone, Rain Cover, etc.

As well as Camera equipment I’ll also make sure I have a snack/drink and suitable clothing to cover the game, particularly during winter I’ll make sure to wear, and pack, plenty of layers!

On arrival to the ground I’ll check out suitable places to film from – usually a raised platform away from the main crowd, if possible, so my view isn’t too obstructed. I’ll then set up my Tripod and camera and get ready to record the game.

I film my games in Full HD 1080p at a frame rate of 60 frames per second. The higher frame rate is ideal for sports filming (compared to say 30fps) and is useful for slowing down the footage if needed during post game editing. I don’t currently shoot in 4K due to the larger file sizes – I find the ability to film 1080p at 60fps suitable for my current needs.

My camera has two SD Card slots which mean I can shoot on to the first and if that reaches capacity the camera will then start recording to the second card. I can also change the settings so it records onto both cards at the same time to create a back up simultaneously. The SD Cards that I use are; ‘Lexar’ 64GB Class 10 UHS-II – 150MB/s transfer speed.

As a quick comparison, filming in 1080p at 60fps allows me to record up to 5h28mins of footage as an AVCHD file. If I shoot 4K 60fps at 150MB I can only get up to 55mins of footage onto the same 64GB SD Card. Cameras offer different shooting modes and recording options/data rates, so for me, shooting at 1080p 60fps in an AVCHD file format is my preferred choice due to the smaller file size whilst still maintaining a good quality image.

If you have the capabilities, you can also buy recorders to capture straight onto your laptop. The ‘Blackmagic Mini Recorder’ is an option for this feature, requiring a HDMI and Thunderbolt connection. You can find out more information online for ‘Capture Devices’ including pricing & computer requirements – you will need to have a Laptop capable of capturing video input.

I sometimes use a second camera for analysis which I attach on top of my main camera via the ‘Hot-Shoe’ which enables me to get a wide shot whilst using my main camera to zoom in and out where necessary to get more detail at scrums or rucks, etc.

For this, I use a ‘Hot-Shoe’ Mount to screw into the bottom of my smaller camera allowing me to simply attach to the top of my main camera. These mounts can be picked up online for just under £10 on places such as amazon.co.uk. I’ve seen a couple of variations on this set up including a single bracket mount sat on a tripod with two small camcorders on each end – one recording a wide angle, the other recording a tighter shot.

When I’m recording a game, I’m continuously making sure my shot is framed suitably, anticipating where the ball is likely to go – keeping a slightly tighter shot as the screenshot below shows. The ball is being shipped to the right – I’m zoomed in slightly keeping the ruck to the left of the shot whilst including the pod of players receiving the ball and defensive line. I’m constantly adjusting and zooming in and out with my main camera which allows coaches to see a bit more detail when necessary. I can then refer to the wide angle shot when needed for other purposes.

It’s essential to stay focused and concentrate on the game to keep a good steady shot throughout so you don’t miss any of the action. Even during moments of high tension and excitement try to keep the camera/tripod steady and focused on the action.

Once the game has finished I’ll transfer the footage from my SD Card onto my computer ready to edit and export as a movie file. I generally film both halves in their entirety so I’ll have two movie files lasting just over 40 mins. If you’d rather have smaller files you can just pause your recording on the camera during stoppages in play, which will give you several individual movie clips but with a smaller overall size to import onto your computer which can then make things a bit quicker when uploading onto Coach Logic.

I use Final Cut Pro (£300) on my MacBook to edit which I find a great piece of Software and very user friendly – Other options are available for PC and Mac. I’ll import my footage into Final Cut and once I’ve got both halves on my timeline I may trim down and cut out some pauses between play, I’ll then export as a single movie file either 1920×1080 or 1080×720 resolution.

The exporting process takes some time but once completed it leaves me with a single movie file, usually around 4-5GB in size. I then log into Coach Logic to begin uploading as soon as possible and then leave to upload onto the platform.

Once the Full Match video has uploaded onto Coach Logic and processed I’ll go through and tag with the pre setup filters in the video room ready for the coaching staff to review and then pass on to the players. I’ll go through initially and tag each event during a game and then rewatch specific moments and add any further Tags if necessary.

I’ll also then rewatch and record Stats for players which I then input onto a Spreadsheet and produce Graphs/Tables to make the data better to view. This is quite a time consuming process but gives a good indication to go with the video on how a game has gone both as a team as well as individually. It allows the Coaches to make selection decisions based on ‘hard data’ and not ‘gut decisions’.

The recent additions to the video room have been great and makes the tagging process simple to use. The ability to slow and zoom in on specific moments during the video is fantastic and also now you can create playlists from filters and either share with others on the platform or download to your computer – great to review specific areas such as Lineouts. The ability to use the ‘Start Tag’ feature is also extremely useful for highlighting particular moments allowing you to set start/stop points more accurately.

Once I’ve got the full game tagged for the coaches and players I also occasionally produce a highlights package for promotional purposes for the team’s website. I usually just clip up the Tries/key plays and package with text, transitions, etc and then export as a smaller video file usually lasting 10 mins. I’ll then upload the highlights to my YouTube Channel & team website.

I also create Promotional and motivational movies for teams which are used prior to big games which include a selection of good moments from matches throughout the season – all of my editing is done using Final Cut Pro X which I really enjoy using due to its wide range of options available for creating good looking videos.

Hopefully this brief insight can help a little if you’re unsure on the process for filming and then importing/exporting your movie file to then upload onto Coach Logic for tagging and analysis.

This is just a process that I have adapted over the years and find best suits me and my current set up but whichever way you film and edit ultimately the end goal of analysing for coaches and player review is the target to hopefully achieving success as a team! 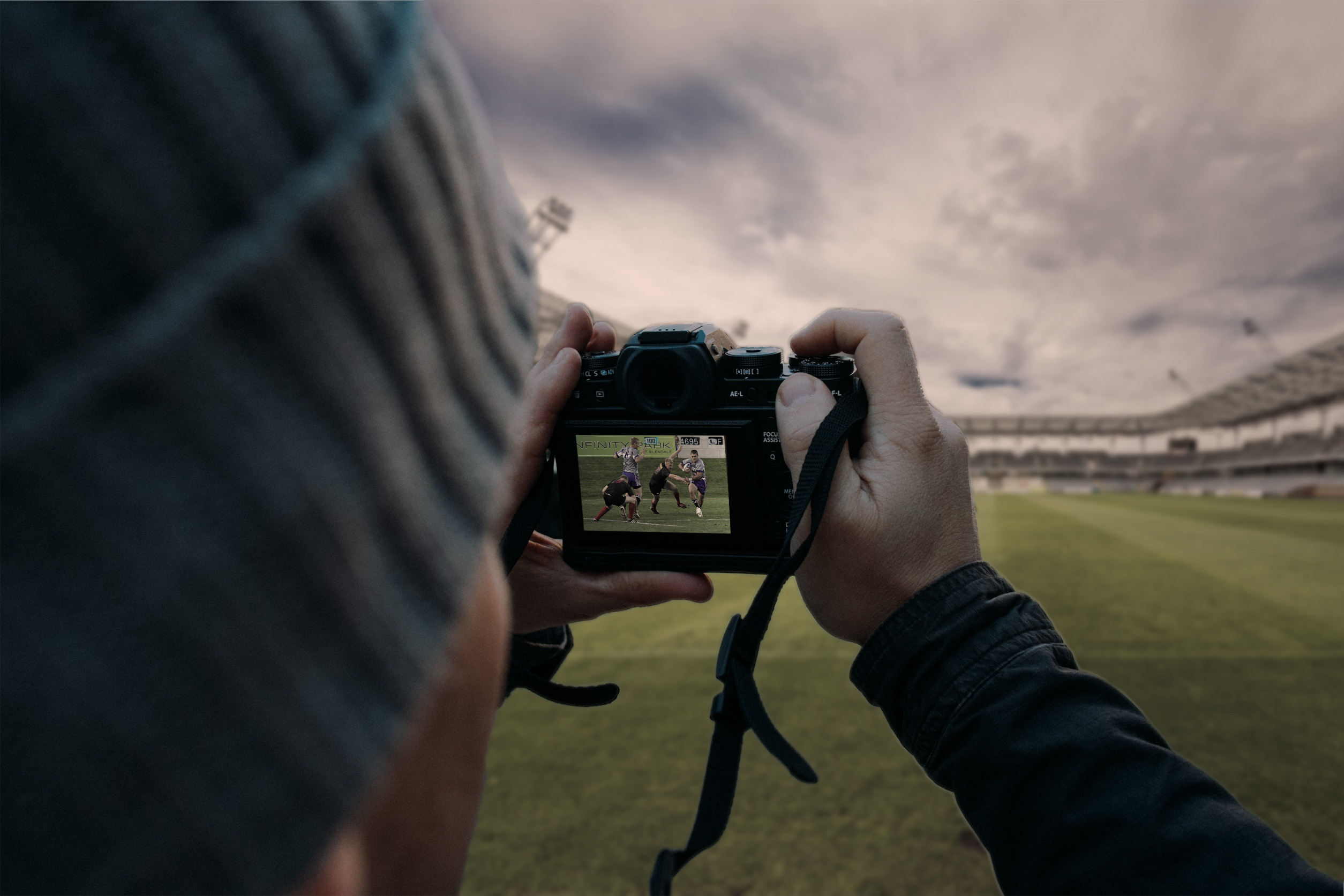 HD vs 4K Video – Is it cost effective and worth upgrading now?

Since the introduction of High Definition, many years ago now, the quest for capturing film and video in even higher resolution has been picking up pace and we are now at the stage where Ultra HD or ‘4K’ is starting to push itself into the market and increase in popularity and availability. It wasn’t long ago that manufacturers such as Samsung, Panasonic and Sony were introducing 4K Televisions to the world – and at a pretty high cost! The development has been ongoing and thankfully the prices have started to come down with TV sets starting at around £2,000.

Since the rise to prominence of Action Cameras they have allowed us to capture sports in such a unique way and offer many more angles to view just about any activity, from Skiing and Snowboarding to Surfing, Skydiving and so much more. With the market expanding and more Action Cams being released, the prices have dropped considerably over the past few years and more options are available depending on your budget and the type of footage you want to capture. 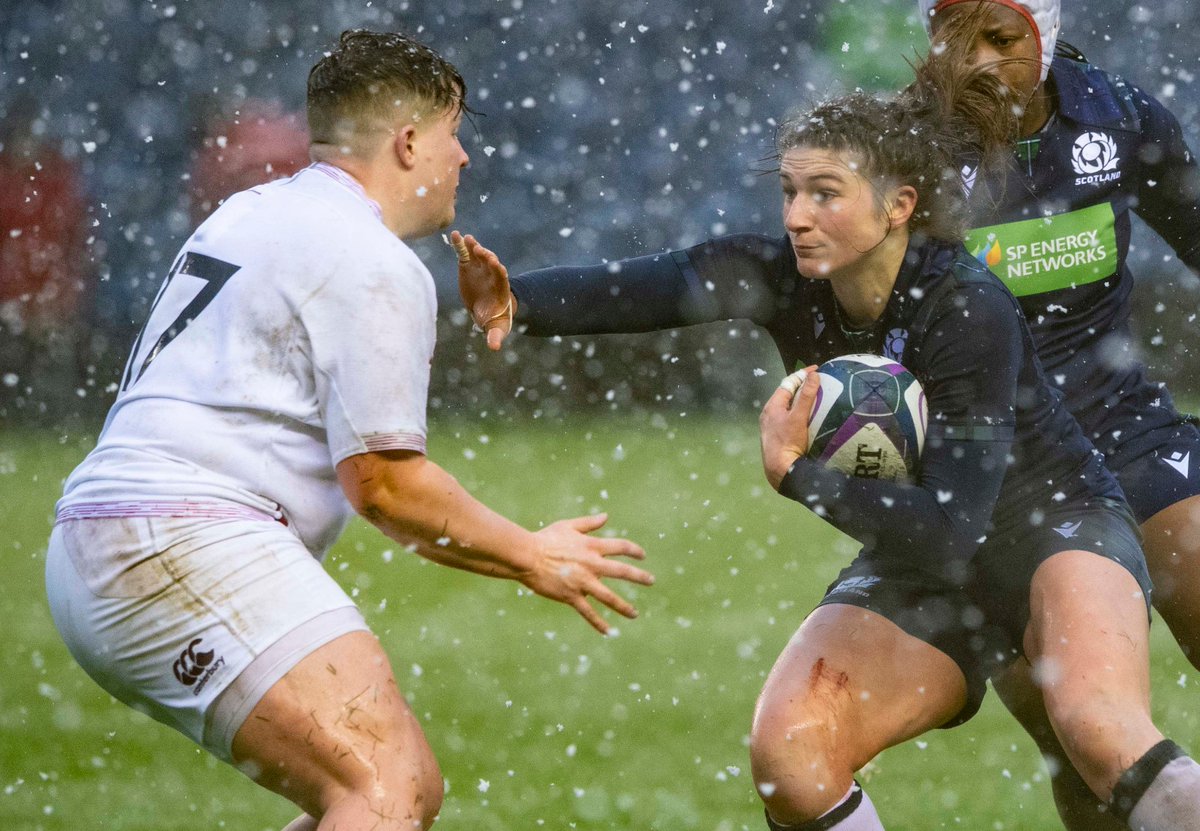 How to Film Sports in the Winter

With winter well and truly here it can make filming sports quite difficult as you’re stood on the sidelines or up in a stand in freezing temperatures and howling wind and rain! I’ve often found it tricky to film during winter depending on the conditions, but if you’re prepared for bad weather then it can help you out a lot. I film a lot of Rugby Union and have to deal with the elements on a regular basis. I always check the weather prior to getting my gear ready so I can be prepared for anything bad. I usually pack my set of waterproof trousers and jacket in case the rain starts to come down.