Player to Coach: The ups and downs 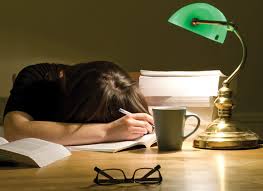 Player to Coach: The ups and downs

Having been very fortunate to play rugby at a professional level and coach at a youth Level for a number of years I always knew I wanted to step into a senior coaching role. The first stepping stones happened back in 2011 when I rejoined one of my former clubs as a player and Development Officer.

Unfortunately in 2013 I had to retire due to several concussions which took me close to a year to recover and still occasionally suffer from now. Still wanting to keep part of the team, I helped out our second 15 forwards and helped assist in parts of the sessions. I also helped deliver some coaching courses and got to mix and discuss coaching ideas with people from all areas of the game.

In 2014 I was appointed lead coach at Aberdeen Grammar at only 30. The club had two head coaches in two years and had just been relegated from the premiership. Senior players were quiet, there was a handout attitude and our second 15 were left to one side on to many occasions. To say we were in a bad place was an understatement. Before I could even utter a word on the training field there were the voices of doubt that I would not stop the ‘rot’ as they put it and we would follow previous successful North East clubs and drop through the leagues.

Preseason with new coaching team and 16 of last years 1st fifteen moved on it was always going to be a hard task to bounce straight up. There were several second team players who deserved a chance at the highest level and our club policy became to work with and develop current as well as players coming to the city. This saved the club and me looking at foreign imports, which can be very hit or miss and try and develop a Rugby club atmosphere again. This again was met with a negative response due to our current players apparently not being good enough, just what every player likes to hear from the fans!

Having worked with a lot of the second team players the previous year I knew they could perform if given the right motivation and chance, something which is very important in any sport.

Creating the club atmosphere was key for the long run and that had to start from me and my coaching philosophy. I have looked back over the years and been fortunate to be coached by a World cup winning coach, ex Britsh Lion, coaches who bleed the clubs colours and also by the Sunday coach. The most important thing I wanted as a player was honesty. This is what I wanted to be known for as a coach, even if it hurts I would be honest with the players, they might not like the response but they will respect you for telling them straight. Never look at negative side, we are never rubbish or poor, we just have areas to work on. Developing, even the best players and coaches are always learning, as a coach I want to improve and ask questions while also helping my players come away having learned something.

‍When the rugby season kicked off and got into the dark months there was many highs and lows, close loses, players injured, running top teams close and getting thrashed by lower sides, but the main thing was that there was a team growing. I never placed a structure for our season and the guys played some outstanding rugby, but what was more pleasing was defence if we got busted. We would have players fighting to race back and make covering tackles. Players were taking the lead on the training paddock as well as on and off the field. The fans and doubters even came onside and this was a massive step because when as a player you have the fans on board the game is easier to play. This showed in our final game with what many saw as a patched together team winning away in Edinburgh cheered on by a vocal support.

There will still be doubts and the odd restless night thinking if only had did this in training and changed him then but this is just the part of developing as a coach. Looking back I would probably do things differently but that is what this year is for, more organised, wiser but more importantly the players, supporters and club are in a happy place with clear goals for the next three seasons.

I would like to thank our president and chairman for their support and confidence in me. I would also like to thank the players, supporters and my family.