Stop Commanding Your Players and Feeding Them Objective Data 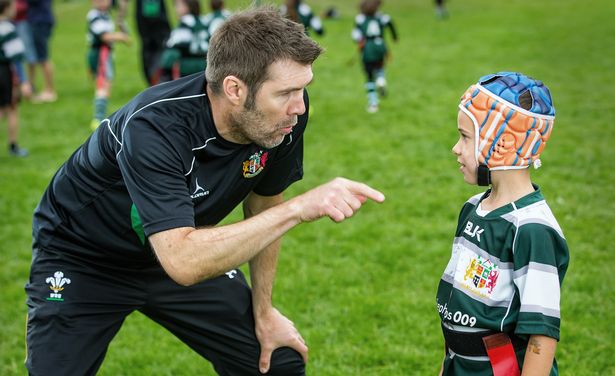 I have to admire the attention to every single detail in American Football; players spend hour upon hour perfecting the smallest of movements. Everything needs to be automatic, every stimulus triggers an involuntary response and every player has an exact role within the team. Even the key decision maker, the quarterback has an earpiece directly linked to the offense coach and a playbook strapped to his arm. The coaching staff leave nothing to chance, it is very coach-centric.

Would this approach to detail work in global sports such as football, rugby and hockey? I think not.

‍Don't worry that's not the end of the post!

‍The reason this cannot be the case in the more traditional sports is the flowing nature of them and the multifaceted skills set that players need.

The only sport out of the three mentioned above that could relate to American Football is Rugby. With an ever increasing amount of stoppages and therefore a reliance on set piece to be effective, games are becoming less free flowing and more structured. Most teams play for three phases after a set piece and if no momentum has been gained and they are not in the scoring zone, they look to kick for territory. Guess how many phases most coaches will train their teams to play off of set piece? You've guessed it!

Recent autumn internationals have highlighted the fact that decision making still plays a huge part in rugby. The most successful teams, the All Blacks and Ireland play what they see. Even Scotland look a rejuvenated side under Vern Cotter, this is partly down to selection but it is also evident that they are starting to play a little more freely.

This surely means that the days of a coach barking out instructions as the fountain of all knowledge are numbered. Well kind of. Professional coaches have definitely modernised their approach and they do consult with multiple specialist staff who get their information from various technologies carrying big data. The delivery however remains on the most part the same, once the coach has this information he continues to bark it at the players. Yes it is more accurate but it's still not an effective way of changing the habits of players who will continue to make bad decisions due to a lack of game sense.

In a sport where the decisions players make are key why do we take all decisions away from them during training sessions, command them to do A for outcome B or feed them objective data with no context and no player discovery process? Imagine the impact of a player being in control of analysing their own performance and feeding back their thoughts to the coach?

By being involved in the process the player starts to see the triggers that lead to good and bad decisions on the park. If a player can identify the reason behind a good or bad decisions they are surely less likely to make that in the future. Coaches often say how good a player they would be now if only their body let them. This is down to them being central to the process as a coach.

So what are the barriers to coaches creating a more collaborative training environment?

Well this kind of culture takes time to build and time ain't on the side of most...

Football mangers are lucky if they get a three year window. In essence they need results and they need them fast. It is true that if you took on this game sense approach you would have to let your players fail but it's worth the hard times. If you think of the most successful football mangers of modern times, Alex Ferguson, Arsene Wenger and Pep Guardiola they had the time to install a culture and created players with excellent game sense and cohesive teams.

Looking at the last three years of Alex Ferguson's reign, he knew he was out soon, and started to paper over the cracks at first team level rather than taking the hit and blooding new talent. He wanted short term success and he definitely got it. The consequence of Alex Ferguson's last 3 years are only being seen now with the solution to buy in expensive imports. Manchester Utd will struggle to ever produce the same talent as Paul Scholes, David Beckham, Gary Neville, Phil Neville and Nicky Butt. They will need to spend more and more money in order to keep up.

Video analysis at the elite level in football is being used to aid selection and make good transfers decisions rather than for player development. As sport turns professional and clubs are answerable to shareholders they will be run as businesses. I think this is short sighted and bad for the game but I get it. What I do not get is schools, universities and community clubs trying to copy the systems of elite professional organisations.

‍In my next post I will write about how video analysis must reflect your organisational goals.