Taking a technological approach to learning? 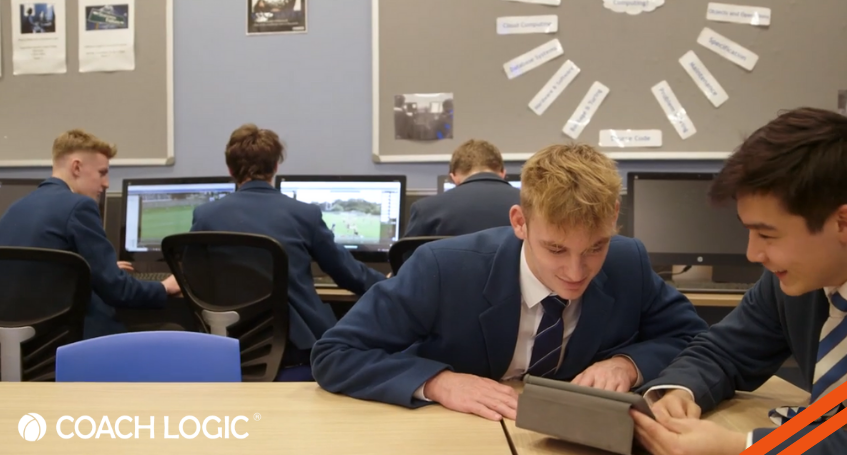 In most coaching scenarios athletes are passive recipients of the coach’s knowledge. Coaching in the UK is very often technically-focused with knowledge being passed down to players. It is very much a one-way process.

In an article on the sports website, The Sport Review, Saracen’s kicking coach Dan Vickers was asked: “How does technology influence the sport of rugby?”.

His answer: “Technology has allowed us to monitor the players, enabling us [the coaches] to ask informed questions about how best to prepare the players as individuals and the team as a collective.

“The information we gather from GPS devices, heart-rate monitors, video analysis, our force platforms and other gym based monitoring devices allows us to tailor the players’ individual development plans better.

“We know more about the demands of the game and how our players respond to these demands; how a player recovers, how best to develop them physically, and if their development plan is improving their game performance. Technology allows us to collect, store and analyse the information in such a way that it is immediate. This allows the coaching team to make better decisions faster about the game and training.”

The GPS units used by Saracens that track the extensive data their Sport Scientists require.[/caption]

All of which makes perfect sense in a world where coaches want to maximise the time they have with their team preparing for the next match or getting ready for the challenges of the season. But at no stage does Vickers refer to the athlete’s input into this. Measured, analysed, developed, trained, coached, pushed and driven – all these things are being ‘done to’ the athlete. There is no sense that the athlete is anything but a machine waiting to be programmed.

The coaching scene is gradually changing as more coaches are realising that the athletes themselves could and should have a say in how they can be physically and mentally prepared to produce their best performances on a consistent basis.

It is an area that has not seen a lot of research as yet, largely because the technology is advancing so rapidly, but video analysis is being used by more and more coaches and its impact upon player learning is just beginning to be understood and appreciated.

The match finishes at 4.30pm on Saturday. The coach gives a quick debrief in the changing room and the players discuss some aspects of the performance in the bar afterwards. At training on Tuesday the coach asks for feedback from those involved in the line-outs, which had gone horribly wrong in the match. There is silence. The coach tells the players his opinion and then sets up a training practice that addresses the issues he raised. The players take part but there are a few mumbles because one of the senior players thought the line-outs should be organised differently.

The match finishes at 4.30pm on Saturday. That evening the players receive some video footage of the match with specific incidents highlighted. Over the next 48 hours the players add their own thoughts and feedback in a comment box. On Tuesday at training the coach explains that the training session will be based around the line-outs, which, as the video clips highlight, didn’t go well in the match. He explains how he has incorporated the points raised by players’ feedback into the practice. The players head out to the training ground to work on points that they have raised.

The implication is clear: in the second scenario the players have been involved in the process. They understand why the practice is shaped as it is, and they have had input into how the practice is run. This will inevitably lead to a feeling of ownership and a higher level of motivation.

A practical example of scenario 2.[/caption]

By using video analysis, sharing match footage and asking for feedback, either online or in feedback sessions, the coach can get the players to reflect upon both their individual and the whole team’s performance.

Allowing players to comment online, or facilitating small group discussions based around the feedback will allow the less confident players to express themselves in a way they may not feel able in front of the whole group.

Giving players time to reflect upon performance - from the match to the training session – allows for a far more objective approach to feedback. Asking for feedback directly after the match will often produce unbalanced feedback while waiting for several days will cause memories to be skewed or faded. By giving the players footage of the relevant action, they can watch, refresh their memories and take a balanced view.

Giving players immediate access allows them to review footage as, and when, they desire.[/caption]

As part of his research into video analysis and athlete learning, Vinson interviewed coaches, assistant coaches and players at a number of rugby clubs across the UK. One national league coach, with 22 years of top level coaching experience, described how he would send out video footage to his players, with some pointers about the focus areas. He admitted that expecting the players to just be able to instantly use video analysis effectively was unrealistic and, just like any other skill of the game, good analysis had to be learned.

“To watch a video is really difficult to do well as a player. It takes a long time and it’s about picking up the cues. I think, as a coach I want to use that platform, to be able to go and educate the players.”

Another coach from a national league side added: “I think it’s very much about empowerment, providing good leadership when it is needed. That is the best way to learn as a player.”

Problems with the use of video analysis

The coaches Vinson was talking to were all signed-up fans of an online coaching platform, Coach Logic, so very much converts to a particular way of thinking. As always, there are two sides to the story.

One concern among the surveyed players and coaches was that the athletes who were inexperienced at video analysis would not always take into account the context of a clip of the game. One highlighted piece of action may not give a true reflection of what actually happened in the game, so teasing that information out is important.

There is also a tendency to focus on the individual rather than the bigger picture. The “well I did okay” attitude is not helpful to the team dynamic if it means a player fails to recognise his own performance and its place within the overall team performance.

Vinson asks the question whether coaches can use video analysis to lead players to a pre-determined solution. By picking certain clips and highlighting certain areas of play, the view of the game can be skewed to the coach’s way of thinking, despite what individual players might have thought.

A lack of a large body of research means the jury is still out. On the one hand, coaches have limited time with their players and need to get salient messages across quickly. This may not lead to the players feeling any more empowered or involved in the coaching process, but for some players that is just fine – they simply want to turn up and get a result.

For other coaches and players a more holistic approach is highly valued. These players feel they are empowered and, as a result of their involvement and ownership of the process, they feel more intrinsically motivated.