Now, more than ever, it is important that rugby clubs, coaches, teams and players stay connected.

They will have access to a range of match and training footage from different levels of the game. In addition, they will be able to upload and analyse their own content, share other coaching materials and communicate and network with others on the course, both on a one-to-one basis or in groups.

Andy Muir is the Co-founder of Coach Logic and he says:

“During the last few months there has been a huge amount of consumption of webinars and other online learning events. We want to give a tangible opportunity for coaches to apply their off-field coaching learning. Our key messages are around mutual engagement between players and coaches, combined with discovery and learning – both as coaches but also as players.”

"In the past 12 months we have seen much greater use of technology across coach and player development. We are delighted to announce our partnership with Coach Logic. The platform will allow us to offer a wider range of coach development opportunities and provides an online community where coaches can interact, share ideas and connect with and engage with players."

Via the support offered by Coach Logic, the RFU is ramping up and developing its coaching pathways across the spectrum of performance levels. While there have been inevitable halts and delays to coaching programmes this year, 2021 has a wealth of opportunities for potential coaches to tap in to.

Coach Logic is not just about providing the opportunity for collaborative video analysis for coaches from clubs, schools, colleges and national teams, it also offers players an unique chance to deepen their own knowledge of the game through analysis. The very nature of the platform encourages and supports players and groups of players engaging in, and often leading, the discussions.

Both Muir and Coach Logic co-founder Mark Cairns have a background in education and this shines through the Coach Logic ethos: it supports athlete-centred and player-led coaching so that the players have a true understanding of the sport and how they can enhance their own performance within the team.

“This is coach education on a grand scale, with opportunities for development offered to thousands of coaches. The ambition and vision shown by the RFU, and backed wholeheartedly by Coach Logic, proves that the national governing body is looking far beyond the short-term impact of the pandemic and, instead, planning for a bright future for future generations of coaches and players.” 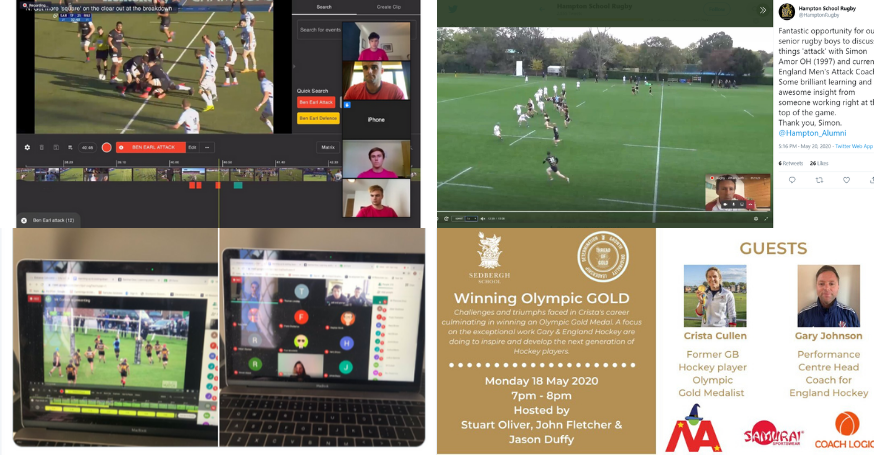