Could Field Hockey offer a solution to football's sportsmanship problem? 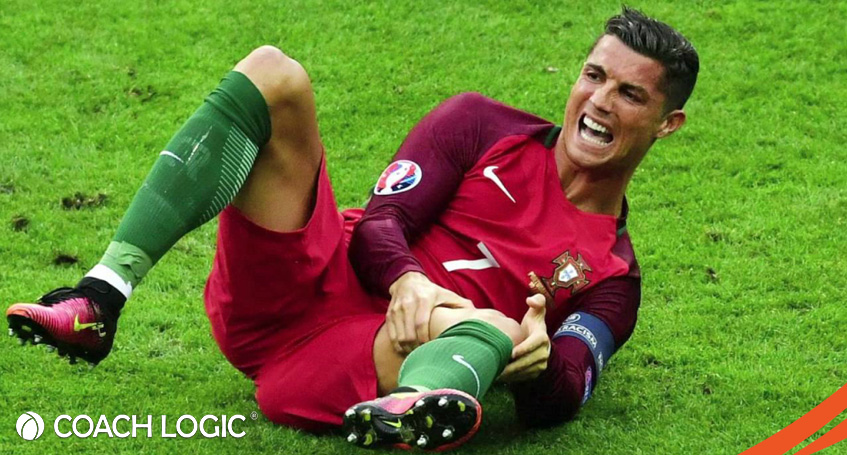 The FIFA World Cup is well underway and with the group stages already a distant memory, attention is firmly focused on the exciting or, depending on your perspective, nerve-wracking knock out stages. In the build-up to this year’s tournament in Russia, there was a great deal of attention paid to the potential dangers for the hundreds of thousands of people who were keen to travel and support their country (not exactly something that we had to worry about).

The worry was, to a large degree, understandable. You only had to look at the violent and ugly clashes between English and Russian supporters two years earlier in Marseille at the UEFA European Championships to become anxious of a repeat occurrence on home soil.

However, contrary to these nerves, the tournament has largely been carried out without any major issues to speak of. Many have actually commented that this has been one of the best tournaments in recent memory.

Spirits in and around the stadiums and fan parks have been high, there have been incredible stories of fans staying after matches to tidy up the stadium, even the much-predicted rematch between English and Russian hooligans hasn’t come to pass. In fact, in complete contrast to this, there was actually a report of Russian ultras returning items that they had stolen as trophies during the violence in Marseille two years earlier.

Of course, a great deal of the tournament’s success has come from the incredible performances on the pitch too. It‘s been a world cup full of spectacular goals, unbelievable performances and astounding shocks that have provided spectators with day after day of compelling viewing.

The Ugly Side of the Beautiful Game

However, while the game has largely been played at a decent level of sportsmanship, we did see its uglier side during the recent Colombia v England match. It was disappointing to watch the Colombia players’ antics, with several overt examples of bad sportsmanship and downright dirty tactics hardly covering them in glory.

The knockout phases of these tournaments are undoubtedly a highly stressful occasion. If you don’t win you’re on the next flight home, dreaming of what could have been for another four years. This is given extra relevance in relation to the Colombian national team, if you think back to the horrendous events surrounding the murder of Andres Escobar after he scored an own goal at the 1994 World Cup.

This year’s World Cup also brought modern technology into the mix with the addition of the Video Assistant Referee (VAR). This has largely been a successful addition, helping rectify game-changing errors in a match and its introduction, along with the tactics of the Colombian team, got the Coach Logic team thinking: What other changes could be made to the game to make it better, improve the flow, and crucially, work at removing time wasting tactics.?

Field Hockey to the Rescue

Now, we don’t mean to boast or anything like that…but we’re pretty sure we might have just come up with a gem of an idea and only gone and fixed ‘the beautiful game’. Stay with us, while we explain why we think one the rule from hockey could be an excellent addition to the footballing world.

Currently in both sports, when a player is fouled by an opponent, a free kick – or free hit in the case of hockey – is awarded. Now, in 2009, hockey’s governing body, the FIH, introduced a new rule known as the "self-pass" rule. This rule enables the player taking the free hit to play the ball again – effectively passing to themselves.

The rule was introduced to create a more smoothly flowing game and it has worked wonders on the sport. As well as this, the self-pass rule also effectively removes the chance for opposition players to remonstrate with officials. That’s because players now always need to be on alert for the quick play – they no longer have the luxury of time wasting and arguing about a decision.

It should be noted, this isn’t simply just letting a player play-on after being fouled – the self-pass rule does have some mandatory requirements. The player must play a stationary ball any distance in two separate motions before continuing as if it were a play-on situation. Rules also exist around ensuring that another team mate must touch the ball if the foul was committed within a certain distance from the goal in a bid to level the playing field for attacking and defending teams.

In the recent past, one of the more unsightly aspects of football was the constant brandishing of imaginary cards by players in the hopes of getting an opponent booked or worse. In Russia, this has begun to be replaced with a new craze – that of drawing an imaginary square demanding that the ref should be reviewing the VAR.

This happened on several occasions during the Colombia v England match, where – at times – four or five Colombian players crowded the referee to argue. Now, imagine if rather than having to wait minutes for the referee to clear the players and allow the free kick, the player simply employed hockey’s self-pass rule. Suddenly, those four or five Colombian players are not paying attention to the game, and crucially, out of position meaning an obvious advantage to the team with the ball.

The self-pass rule would make it so that players would have to constantly be alert to the potential quick move. Not only would it make for a more entertaining, faster flowing game, it would also remove unnecessary minutes waiting for a referee to get rid of players.

Even in the instance that players still felt compelled to complain, they only end up harming their own team by not paying attention to what is happening. In short, it would force players to keep their mind on the game, where it should be, rather than being preoccupied with futile complaints.

Colombia’s performance on the night was unfortunate and is perhaps perfectly summed up by the actions of the few players after England’s penalty award. While several players surrounded the referee to complain, one or two others were digging their studs into the penalty spot, tearing up the turf in an attempt to make the impending spot kick more difficult.

Actions like this sully the sport and deserve to be removed from the game in any way possible. Perhaps the VAR that so many Colombians were calling for should also be used to retrospectively punish players for such unsportsmanlike conduct?

The self-pass rule helped revolutionise the game of hockey and has had a real positive impact on creating a better-flowing game. Based on the evidence of a few players in Russia, it is perhaps something that FIFA should also be thinking about.