Hockey is leading the way in the world of team sports 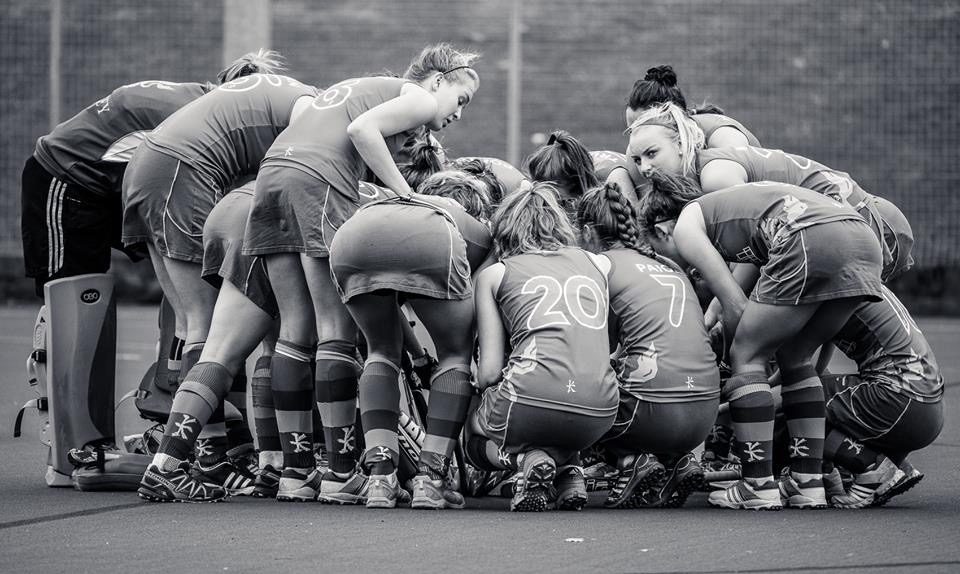 It’s a bold statement, particular when you consider that, for many, hockey has long been seen as a sport that is the preserve of public schools and the middle classes and, by that very definition, is nothing more than an amateur past-time. For those of us immersed in the game however, it is a very different story. Compare hockey with any other team sport and you will discover a sport that is innovative and always pushing the boundaries – in terms of player development, strategical awareness and the adoption of technology.

Hockey at all levels, from its international governing body, the FIH, down to some of the smallest clubs in the UK, is leading the way in sports development and the lessons that hockey learns can be usefully transferred to other sports. Take the use of goal-line technology in football, as an example. While football’s powers-that-be were discussing the use of video referrals, hockey was just getting on and doing it.

It’s place as a leading sport is evident in the fact that head coach to the Great Britain women’s hockey team, Danny Kerry, was invited to speak to Eddie Jones and members of the England Rugby coaching team. What Kerry thought was to be a two-way discussion turned into a case of “them plugging me in and downloading everything I could tell them.” Kerry is also a mentor for coaches at the Football Association and is a much sought after speaker for other sports organisations and corporate businesses. There is a growing recognition that where hockey leads, others are likely to benefit from following.

From its coach education, which is well-structured and well-led, to its army of volunteers at events, to its inherent gender equality – both on and off the pitch (how many sporting governing bodies have a female chief executive officer?), hockey is at the forefront of change.

And when it comes to technology and data use, hockey is more than holding its own. Renowned for his attention to detail and his love of information, Kerry is privy to a wealth of data about his players, his team’s overall performance and that of the opponents. For the most successful hockey coach in Great Britain’s history, access to a wide range of information helps his decision-making, his use of resources and his overall team strategy.

And Kerry is not alone in his search for limitless information. From international coaches to club coaches, being able to download information pertaining to a match, an individual or another team is all part of the process. Go to any international hockey match and you will see a number of the backroom staff busily engaged in data capture. Go to most premier league games and the same search for data is being replicated.

And it is not just the coaches. For the players, access to a myriad of detail will help improve physical performance, increase knowledge of the game and help the players to make informed decisions at crucial moments of a high tempo game.

The key to successful employment of data is how the coaches and players consume and use the information and this is where Coach Logic comes in.

Coach Logic works with a number of international and club hockey teams to provide data, but at its heart, Coach Logic is so much more than that. In effect, it is a communication tool that allows the entire squad and coaching staff to share ideas and learn from each other.

It starts with the ability to video the action and then clip the relevant parts to enhance or illuminate a point. This is fed back to the players in a simple and familiar format via that most ubiquitous of tools, the mobile phone. The ability of coaches and players to share ideas and communicate about points in the game is vital to building team understanding. The next stage is how, when and where the coaches and players choose to use the information.

This is the point in the development process where Birmingham University coach Phil Gooderham now finds himself.

For Gooderham, who coaches Birmingham University women’s team in the Investec Premier League, Coach Logic has been a tremendous asset and has the potential to be an even more powerful tool in the future. Birmingham University women’s team have been using the technology for four years, although as the coach points out, in the early days this was simply a case of putting a video of a match on the web for the players to watch.

Now, as Birmingham’s coaching staff has grown in number, the squad is able to drill down into all that Coach Logic offers. “In the past, because I was working on my own, we didn’t use Coach Logic to its full advantage,” says Gooderham. “it would be a case of the players sitting in my office watching the video back; that was time consuming and difficult to organise given the other commitments that players had.”

Four years on and Coach Logic is a familiar tool for the University’s women’s squad, with players having access to clipped videos that they can play via their mobile phones, wherever they are in the world. For a team that has a number of current international players, this is a vital tool in creating squad cohesiveness.

“Over the next few weeks we will be using Coach Logic more for one-to-one feedback,” says Gooderham. “We will be able to have conversations via the app, so we can go out to an individual and say: ‘This is what we think about a certain situation, what do you think?’ Because people are a lot more remote these days, we are able to contact the players without them all coming into one place.”

The Birmingham University coach readily admits that he hasn’t found it easy to understand all that Coach Logic offers. “Over the years Coach Logic has developed faster than my technical brain will allow. I am great on the computer but when it came on the phones, I found that a bit tougher. We are getting round that, the assistant coaches are really up to speed so we will be using Coach Logic to an even greater extent in the future.”

This will include creating specific groups for feedback – the penalty corner attack team, for example – as well as using footage from previous encounters to counter opponents. “This is an area we are really going to explore,” says Gooderham. “We will identify things the opposition have done in the past and, yes they might change things, but we will have a greater knowledge and understanding of what they might do in certain situations and be able to counter that.”

The time consuming element is the clipping of footage, but as all coaches acknowledge, this has always been time consuming and always will be. The huge benefit of having the ability to clip relevant pieces of action and have an informed discussion with the players about the clipped action far outweighs the time a coach spends watching a match back.

It is the convenience of the Coach Logic system that the players appreciate. Great Britain and England star Nicola White plays her club hockey for Holcombe, one of the early adopters of Coach Logic technology. She says: “Video analysis is a great tool for looking at the game objectively and taking the emotion out of it, it is something that is often done days later. It is a core part of our tactical learning and it can immediately impact performance for the better, so we use it as much as we can.”

“Individually, we can access any game at any time and from that you can set yourself targets, discuss points with coaches, look at your psychology in certain moments, it really does cross over with every service as the data is there in black and white and we use it in the best way possible.”

Another Holcombe star, George Pinner is one of three co-captains for the Great Britain and England hockey team. He is a big fan of Coach Logic. “Coach Logic is a fantastic tool for us as a team,” says Pinner.

“We only get four hours of contact time together to train in a week maximum, and it’s always a struggle to get everyone there together due to work and other commitments.

“It’s therefore great that our coach can put the clipped game up online for us to watch in our own time rather than take up training time. If our coach does have a particular bit of video he does want to shows us after training, Coach Logic allows players to revisit the clips later so they can come back ahead of the weekend with any questions.

“I’m personally a big fan learning via video feedback so its great to be able to analyse my own clips from the weekend as well as our corner defence.”

An increasing number of clubs are using Coach Logic and, in turn, the company is listening to feedback to develop its offering to the sport. It is an approach that Gooderham appreciates: “They are so supportive, I like that. Andy [Muir] and Mark [Cairns] understand what we are trying to achieve and they will always work with us to get there. They have definitely developed Coach Logic to really benefit hockey over the years and they have created a hugely important coaching tool. I don’t think we are anywhere near using to its full potential – but we are getting there.