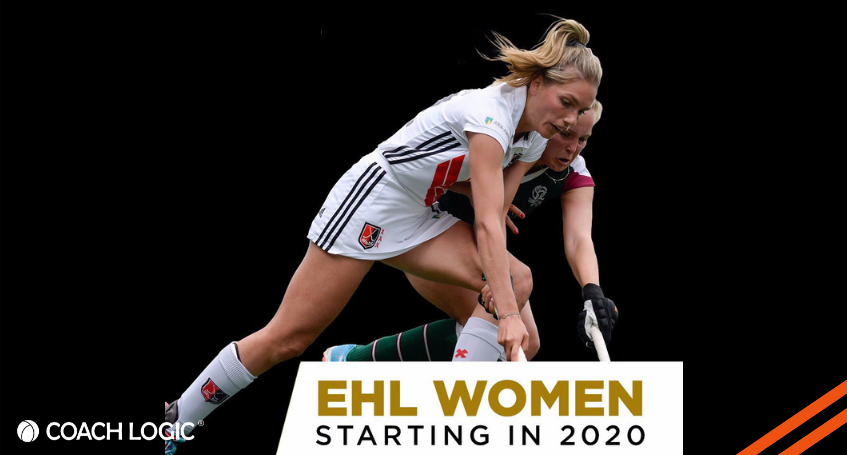 The news that the European Hockey Federation (EHF) is opening the current EHL to the top women’s clubs in Europe is great news for equal opportunities and sends a strong signal that hockey is determined to be a sport of equal opportunities for both genders.

It is also a sign of the increasing professionalisation of the sport as a whole. With more resources – particularly financial resources – being brought to the sport, then coaches and teams can push their performance levels to even greater heights by using the latest ideas, tapping into deeper levels of knowledge and employing technology to a greater degree.

By creating an elite level women’s hockey league, the European Hockey Federation has demonstrated not only that it is looking for female players and their coaching teams to push to higher levels, but it is recognising that there is a market and an appetite for elite women’s hockey. It is a development that will be closely watched by other women’s team sports to see what impact the new league will have upon the sport.

Background to the new league.

The EuroHockey League or EHL is an annual club competition originally created and facilitated by the EHF for the very best men’s clubs in Europe. It was launched in the 2007-8 season and has grown exponentially over the following eight seasons. It is seen as hockey’s equivalent to football’s Champions League and, while the financial scale of the two competitions remain incomparable, the creation of the EHL was nonetheless a huge step forwards in turning hockey from an amateur sport to a professional one.

The ELH features 24 clubs from the 12 highest ranked EHF member nations, with the number of places available to clubs from each nation dependent upon the nation’s ranking within the European Hockey Federation. Thus, high ranked teams such as Germany and the Netherlands are able to enter three club sides into EHL, while nations ranked 5-8 can enter two teams and those ranked 9-12 can enter one team.

The fact that it is the top club sides competing in the EHL, means that there is a huge number of top international players on show and this has added to the attractiveness of the competition for broadcasters and sponsors.

With broadcast and sponsorship comes money and the EHL men’s competition is now at a point where there is significant prize money for the winning teams and individual prizes for the athlete voted the most valuable player.

The presentation package that now surrounds the EHL means the competition is now viewed as a world leader in hockey club competition. And it is onto this high quality, slickly produced sporting stage that the women’s European club scene has now stepped.

Adding razzmatazz to the women’s game

Of course women’s club hockey has been around a long time in Europe – the Club Champion Cup was created in 1974 and the Cup Winners Cup was added in 1990. These two competitions were reformatted in 2010 into the EuroHockey Club Champions Cup, with five divisions and up to 40 clubs from across Europe participating.

But, successful as this competition was, the next step for the EHF was always going to be to include the women's top club sides in the razzmatazz competition of the EuroHockey League.

The key to the women’s inclusion however, was that everything had to be equal across the board. The result is an event that will launch in the 2019-20 season and culminate in a FINAL8 weekend in Easter 2020. With huge crowds, full television coverage and a spectacular production package, eight women’s teams will battle it out at the FINAL8 alongside the EHL Men’s FINAL8 to become EHL Champions. In line with the EHF’s commitment to gender equality, there will be equal prize money, equal broadcast coverage and a full video referral system will be in place.

The process of qualifying for the FINAL8 will align with the system in place for the men. It all starts with quarter-finals leading into semi-finals and then the grand final. Teams will qualify for EHL Women in a similar manner to the men, with the top two nations on the EHF rankings table earning two places in the competition while the next six nations will receive one entry.

Players’ reactions have been hugely positive: Germany and Uhlenhorster HC player Janne Müller-Wieland tweeted: “EHL for women launching in 2020, which means I have to continue to play for at least another two years.”

Rocio Gutiérrez, captain of Club de Campo and recently-retired captain of the Spanish women's team, was quick to hail the decision.

"This is great news for women's hockey knowing that a Spanish team will have the opportunity to play in a competition of such great stature as the EHL.

“It will be an additional motivation to compete during the season for an extra-special European qualification spot. I'm sure that EHL Women will be a great success and well-received by hockey fans throughout Europe and I hope that it grows to include as many qualifying rounds as the men's equivalent so that we can enjoy European women's club competition hockey over several weekends during the season."

And Oranje-Rood’s Polish international Marlena Rybacha added: “It is so amazing to have it for women. We have been watching it in the past and been so jealous of the men to play – as a club – an international-style game between the countries.

“I think it can really improve the level of other countries to compete against teams at a higher level in this style – it’s a really cool thing.”

Over in the UK, the response to the launch of the women’s EHL has generally been positive, although the English club teams know that there is a lot of work to be done before the standard of the top English women’s clubs reaches a level where they can compete with the top European clubs.

Brett Garrad has been director of coaching at Surbiton Hockey Club for the past eight seasons, including two forays with the Surrey-based team at the EuroHockey Club Championships. Surbiton remain the only English women’s club side to make the EHCCC semi-finals. He is excited at the prospect of a new EHL competition for women, but is also aware that the English club sides lag behind many of their European counterparts when it comes to the domestic leagues.

“From a club perspective, it is so exciting. The chance to compete with the best of the best, it is a great move forwards. The question we must find the answer to is: ‘How do you bridge the gap between clubs in England and the top clubs in the rest of Europe. And that means some complete rethinking of club hockey in this country. For example, the number of hours I get spend with my team in a season, equals the amount of time a coach with Den Bosch sees their players in a month.

“This [the EHL] is a real opportunity for women’s hockey but here in the UK we are a long way away. It is brilliant news but it begs the question - are we going to be part of it? Or are we just going to be excited about the competition and see it as a weekend away or are we really going to go for it.”

To do well, as Garrard says, a club side needs to invest in its players – time, resources and finances. At the moment, in the UK, the national side take precedence over the clubs. In some other countries, most notably the Netherlands and Germany, club hockey is the single most important factor in the development of the players.

While Gerrard paints a bleak picture for English clubs’ prospects in the new EHL, he also concedes that club hockey across Europe has taken huge strides forward when it comes to taking a professional approach.

“When I started coaching, a club would have had a coach and if you are lucky you had a manager. I now have Alan Forsyth (Great Britain and Scotland international) working with my forwards. There is a camera man and an analyst. These areas are a huge part of the game. Within the majority of European clubs, being an analyst with a club is someone’s full-time career.

Surbiton will be hoping to add to their Trophy cabinet with a more professional approach. Image: Surbiton Twitter[/caption]

“This is the first year that Surbiton has had a full-time analyst. It makes a huge difference when it comes to the players’ preparations and performance.

“We aim to make everything as simple and as easy as possible, so we will prepare 40 seconds to two minutes of clips that are most relevant to them. They look at those as individuals and the clips might focus on tactics or techniques.Then I set little groups who work together on one aspect of the game and feed back the following week. It drives the players to get involved and it gives them a better understanding of the game and their part within it.”

Garrard is also impressed that the women’s EHL will also have a full video referral system and the same broadcast package as the men’s EHL. “When you consider the game from a spectator viewpoint, the playbacks and the referrals brings a whole new dimension to watching the game. That is the fun bit. Yes, the analysing performance bit is the important behind-the-scenes stuff that we use, but other usages and applications of technology make it great for the spectators too.”

The effect the new league will have on the women’s game is significant. A competition that stands equal to that of the men’s league; equal prize money; an equivalent broadcast package; equal resources pure into the game. Now more than ever, the top teams will be seeking the elusive edge over their rivals. Whether this is new fitness ideas, new tactics, a different culture among the players or increasing use of the technology available – as Europe’s top women’s clubs fight it out for the title, be sure that coaches and their teams will be pushing for innovative ways to be the best of the best.