Rugby School reach the final of the English Champions Trophy 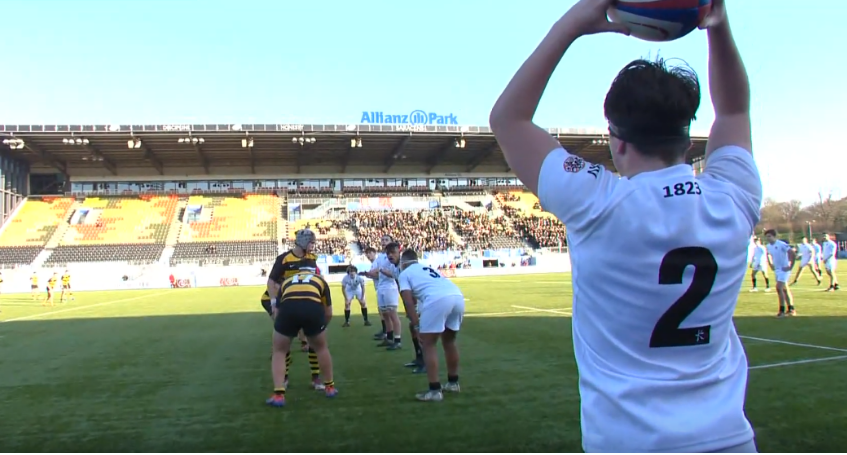 Coach Logic users The Rugby School reached the final of the Champions Trophy, played at Saracens' Alianz Park stadium. Rugby School played against Wellington in what is the showpiece final of the RFU’s school competitions roster.

Unfortunately it wasn't to be for the team as they lost to Wellington College, who made history in becoming the first time to successively retain the trophy.

It is a testament to the spirit of this Rugby School side though that in the face of a half time deficit of 36-5, which really could have turned nasty, they dug in deep in the second half, displaying the qualities that took them to this final, and actually won the half two scores to one to leave the final tally at 41-19.

Sam Pointon, 1st XV Head Coach, has been an extensive user of the Coach Logic platform for two years now. Mixing coaching duties with playing - he plays with Birmingham Moseley RFC in National League One and regularly compete on the Elite Rugby Sevens circuits - Sam said after the game he was proud of the way his team stuck to what they were doing.

Sam will generally have the match uploaded the morning after they've played and uses Coach Logic to clip main themes from a match.

We spoke with him to get his thoughts earlier in the season and here's a little bit on what he said regarding coaching and using the Coach Logic platform.

"In my coaching most things are game based. I try to put a lot of emphasis on the players, get a lot of input from them. I want to coach them the 'why' and not the 'how' and make things really player led, so they've got a lot of ownership with the onus on the player to make their own decisions.

We've got on really well with using Coach Logic. We use it across our major sports. Rugby is probably the main one at the moment who use it quite a lot.

It's been really useful because it re-emphasises certain values I have in my coaching so the player led aspect is really brilliant. Getting them to interact with the app is absolutely perfect for what we want to do from a coaching aspect.

Getting more interaction is the next step. I think for me it's trying to set players challenges, so I'd like to delegate a lot more. So instead of me coming up with the answers and questions, it's getting some of the players to take a lead on some aspects which I think would be quite useful and I think it's easy to do with the Coach Logic platform.

It's been great to follow the progress of Sam and Rugby School throughout the year and we're sure the experience of yesterday playing at the Alianz will be beneficial long-term.

Rugby are still of course founders of this wonderful game but are truly are the forefront of innovation and player development in school boy rugby and we are excited with what is next for them.