What has Spygate taught us about Opposition Analysis? 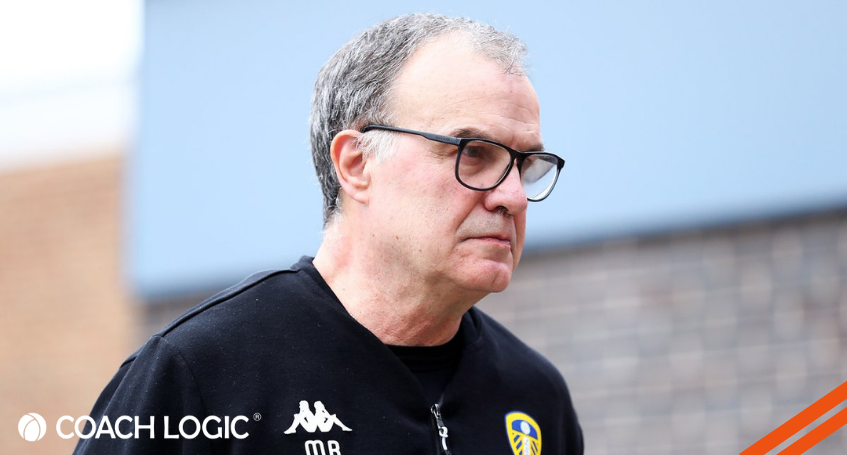 An almighty debate has broken out after revelations in the mainstream media that Leeds United manager Marcelo Bielsa and his coaching staff have been “spying” on their opponents.

By “spying” the reports mean that Bielsa and his team have been gathering information about the way their opponents play football, as part of their preparation for up-coming fixtures.

The news that Bielsa gathered intelligence about his opponents came during a media briefing when, ironically, the manager willingly shared a Powerpoint presentation that he had used during a coaching masterclass.

The Powerpoint presentation was intended to demonstrate just how thoroughly Leeds United prepared for their matches. The example used was of a recent match against fellow Championship side Derby, who are coached by former England and Chelsea player Frank Lampard.

Bielsa told the assembled journalists that he spent countless hours analysing an opponent’s previous matches. With Derby, he knew the number of times Lampard had utilised certain formations, which players he had deployed in different positions and had identified formations that Derby had struggled against.

The aspect of Bielsa’s actions that provoked outrage among the football reporting community was the fact that the coach had sent people to watch other team training. This culminated in a member of the coaching staff being apprehended by the police after reports of a suspicious person outside the Derby County training ground, Twitter.

In a report in The Guardian newspaper, Bielsa said: “So why did I send someone to watch them? Just because I thought I wasn’t violating the norm. All the information I need to clarify [my tactics] I gather without watching the training session of the opponent … but we feel guilty if we don’t work enough. Watching it [the opponents training] allows us to have less anxiety and, in my case, I am stupid enough to allow this kind of behaviour.”

However, despite the brouhaha surrounding Bielsa’s actions, data gathering on opposition is nothing new. For years, coaches have sent staff to watch opposition, both in training and at matches. Teams pore over videos of their opponents as they prepare to face them and hundreds of pieces of data are collected relating to teams and individuals.

At the 2018 FIFA World Cup, England goalkeeper, Jordan Pickford explained how he had studied each penalty taker in every team they faced, so he would have a good chance of anticipating where they would strike the ball.

Looking to another sport, hockey, England and Great Britain goalkeeper Maddie Hinch kept a black book full of notes about the penalty takers by the side of the goal, which she referred to before each penalty shoot-out in the final of the Rio 2016 Olympics.

Both Pickford and Hinch have garnered much praise for their diligence and preparation. And they are far from alone in using every ounce of intelligence to secure the best performance. Coaches from every sport, increasingly at every level, are turning to data to get the edge.

“You do all you can to get yourself an advantage,” says former Great Britain and England hockey assistant coach and Olympian Karen Brown. “it’s not just data analysis, although that is a big part of it, but there are many, many other ways of gaining intelligence on your opposition.”

Brown, who is now a coach mentor, working on a freelance basis for both England Hockey and the English Institute of Sport, adds: “If I give you a simple example; simply by watching a team warm-up before a game, you can pick up a lot of signals. You study trends in behaviour and that helps you get a feel for what the coach might call during the game.”

Signals include players looking overly interested in receiving the ball at a penalty corner, generally means the ball will not be going to them. Some players might tap their shin pads to indicate that they are set to receive the ball.

Brown added that there is an acceptance among coaches that people will be trying to watch practice sessions, which leads to its own bit of ‘game-playing’. “We will not practice certain things in an environment where anybody could be passing. So, for example, if we have something we want to keep a secret, then we will practice that at Bisham Abbey [the training headquarter of England Hockey], where we can actually control who is watching to a much greater extent.

“If we are due to play at Lee Valley [where England and Great Britain play home fixtures], then we will not practice something new because it is a far more open facility. And you never know who is watching. Everyone has a camera phone these days – it could be the security guy, or the person jogging past.”

She pauses as she reflects on her words: “Of course, you can get paranoid.”

But on the whole, data gathering is an overt operation. Go to any international competition or high level league game in rugby, football or hockey and you will see a phalanx of men and women from other teams clutching lap tops or tablets as they record movements, set-plays, circle entries, shots, saves, defensive set-ups and attacking movements. A coach, with a team of analysts will know the opposition almost as well as the other team’s own coach does. Twitter.

And by and large, this data collection is expected and accepted. Amber Luzar is the video analyst for Great Britain and England women’s hockey team. She says there is a great sense of camaraderie among the team analysts, with nations helping each other out.

“There are some national associations who just do the video recording better than others,” she says. “And there is never much space in the video analysts’ tower, so we have come to a mutual arrangement that at tournaments, the team that has the best video equipment will video the match and share the footage with everyone else.”

This cooperative attitude might come as a surprise, but in the realms of hockey, where money for some nations is very tight, then helping each other out in this way is good for the development of the sport as a whole.

In that spirit of development football, rugby and hockey will often invite spectators, the media or junior coaches to their training sessions. Eddie Jones, England Rugby Union coach initiated an open training day ahead of England’s Six Nations clash with Scotland in 2018. 10,000 people turned up to watch, but you can bet the team learnt nothing new that day. The tactics to be used against Scotland would have been discussed and practiced well away from prying eyes and cameras.

“As a coach, you choose what you are happy to show,” says Brown. “You also use the fact that someone might be watching to your advantage. You can send out some misleading information if you are smart about it.”

On the question of Bielsa’s covert operations, Brown was perplexed that such a debate had been kicked off. “It happens all the time, in every sport. When things are that competitive – and let’s face it, in the Premier League it is incredibly cut-throat – then people will always try to get an edge. I guess my question would be “what does that action gain, in terms of information, that they don’t already have?”