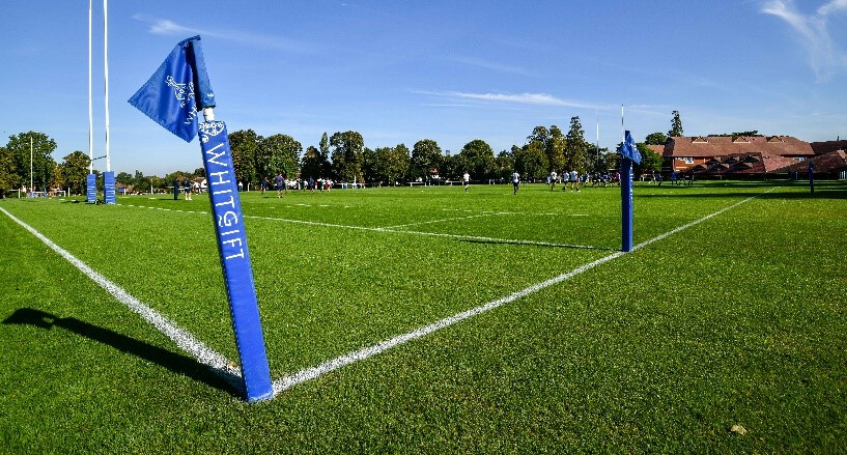 Whitgift School in Surrey is a renowned sporting school, regularly featuring as winners of national titles across a wide range of sports and supplying many international players to a number of age-group and senior national teams.

past five years, Whitgift teams have won 120 national titles – in sports that

range from traditional team sports to individual pursuits such as golf, modern

the most successful sports are the hockey, rugby and football teams, and the

coaches from all three disciplines have been using some very specialist

We spoke to three coaches, one from each sport, and discovered each had his own

way of using the technology.

Dr Karl Stagno has been Director of Hockey at Whitgift School for the best part of a decade and in that time he has built on the school’s reputation as a fine training ground for future international hockey stars. But, says the Gibraltar-born coach, he measures achievement by a very different criteria.

“Hockey at Whitgift is not about winning titles. People think it must be, but they are wrong,” he says.

“Our aim is for a player at 24 or 25 years of age to still be enjoying hockey. If a former pupil asks me for advice as an adult player, that is great. You know they are still playing, they are still enjoying it and they are still looking to improve and thrive. That is the way you know your programme is good.”

Over the past few years Stagno has been working with Coach Logic’s video analysis platform, which enables coaches to share video feedback with players in simple-to-use short video clips. The platform also allows for two-way discussions between coach and players.

“Coach Logic is such a good tool for maximising the amount of time I can spend communicating with the players,” says Stagno. Unlike many of his fellow coaches, Stagno spends very little time watching video feedback with the entire group. He prefers to use the tool as a means to communicating ‘out of hours’.

He explains that, with Whitgift being a day school, there are multiple demands on the pupils – drama, music, and a host of other activities. This means sports training is just one of many activities vying for students’ time. Spending precious training time sitting in a classroom watching video clips is not something coach or player really wants to do, so being able to send the players video clips that they can access on their devices is an ideal way to reinforce the learning that happens on the field.

“Some players use it more regularly than others,” says Stagno.

“They can be sitting at home on their sofas chatting to me about the clip I have sent.

“The learning is multiplied because we all have access to the game all the time. I want to teach the players how to play – not to just stop the ball and hit it, but how to play the game tactically as well as technically. Coach Logic is brilliant for that. It allows us to discuss things, to reinforce good behaviours and to highlight and eliminate negatives. It is a brilliant way to open a dialogue and create greater game understanding.”

“There may be players in the group who are shy and so prefer to just watch videos rather than actively engaging in the discussion. There may also be players whose game understanding is not so good – by giving them the chance to watch clips over and over, plus reading all the messages, will help them become better players too.

For Rugby Development Manager Eugene Martin, the technology enables his players to become ‘students of the game’.

“It’s not so much the coaches but the players who benefit,” says Martin.

“The conversation among the players is quite insightful.”

Taking a very student-led approach, the rugby coaches load up the game and then students take control of certain areas or principles within the game. The conversation starts from this point among the team.

clearly reference points in the game, rather than verbally describing something

and hoping the players understand. Video playback gives an unambiguous view of

what happened on the pitch, although Martin adds that care must be taken with

how the video footage is used.

“We must be mindful that we pitch it in the sense that we are learning, not putting a child on the spot.

“We have found the players are now keen on variations. They will ask: ’What about if we tried that?’ That is so cool. To have a conversation with a boy who is watching a clip is bringing the game to life. You literally see them grow as players as their understanding increases.”

One of the school’s most successful sports is football. In 2018, the U13 team won both the Independent Schools National Cup and the English Schools National Cup, a feat that hasn’t been achieved before according to Director of Football, Andy Martin.

the way the coaches coach.

“If the camera picks me up screaming and shouting that is not a good look so I am more conscious of my behaviour. But for me, the biggest benefit to using this technology is that I can go away after a match and look at incidents in a less heated environment. It gives the coach time to remove himself and the players from the emotional side of a situation, which allows a more measured discussion around it.”

the football group, Martin uses the technology predominantly with the senior

teams, although all age groups will experience it.

“We will have a team [coaches] meeting after the match and use the video feedback to highlight what went well and what didn’t go so well. We also send it out to the boys and they will go and take a look by themselves. And sometimes, if we want to highlight something to one player, we will use video clips to talk through certain things on a one-on-one basis.”

rugby colleague, Martin says he is very conscious that the video feedback must

be used wisely so it does not act as a de-motivator.

“Times have changed and, as coaches, we need to be as positive as we can be. There must be positive points to counter any negatives. It is a fine balancing act. We want the video analysis to be a tool for improvement not something to be feared or disliked.”

for sports scholarships in colleges in USA.

For all three coaches, the main benefit of employing Coach Logic technology has been the increased level of game understanding among the players and a higher level of professionalism.

“Being able to watch themselves play has moved the players’ approach to a whole new level,” says Andy Martin.

It is something on which all three coaches agree.