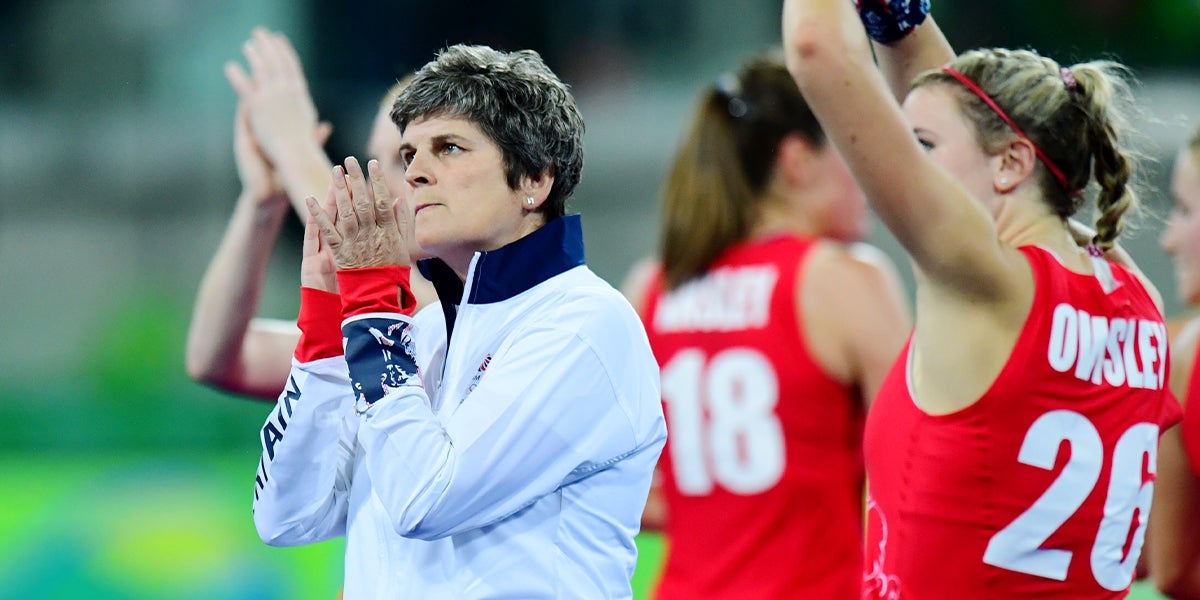 Athlete learning is at the heart of Coach Logic’s offering to the team sports community. By involving the athletes in the learning process and asking players to analyse both their own and the team’s performance, the theory is that players will gain a deeper insight into the game and this in turn will lead to improved decision-making.

Much of the research into the effectiveness of player analysis into athlete learning has involved work with rugby clubs and hockey clubs. The majority of respondents were men - either male coaches or male players. So we decided to cast the net a little further and ask two high performance female coaches for their opinion on player engagement in the learning process.

Karen Brown is Great Britain and England’s second most capped hockey player, including a bronze medallist at the 1992 Olympic games. She was assistant coach to the Great Britain women’s hockey squad that won gold at the Rio Olympics. She now works as a coach mentor across a number of sports, working with male and female athletes.

“When it comes to encouraging an athlete to become engaged in the learning process and move the process from being one of ‘telling’ to one of active engagement then I think there are four influential factors,” says Brown. “The maturity and experience of the athlete is a primary factor, but you also have to look at the player’s relationship with the coach, his or her own curiosity and drive to succeed and, also, how others in the group learn. By that, I mean whether that player has seen his or her peers making improvements because of the way they have approached learning – that can have a positive effect upon a less experienced player.” - Karen Brown

In Brown’s opinion, the coach has a huge role to play in encouraging an athlete to take responsibility for his or her own learning processes. “A coach has to understand each athlete’s own ‘map of the world’. Each player will have a unique view of their learning, their place in the team and their own ambitions. As a coach, you need to know your players well enough to understand their motivations.”

The Olympian also believes the coach and athlete must be prepared to have robust conversations and challenge each other if the player is to feel he or she is really being listened to. “A player gives feedback and the coach and athlete then have a robust conversation about that feedback. If the coach then agrees with the athlete’s feedback then yes they should act on it. If however, having fully discussed, they disagree with the issue then I would expect a coach to tell the athlete why they will not be acting on the feedback and give full explanation as to why not.”

Kirsten Spencer is a former England international hockey player who is now a senior lecturer at Auckland University of Technology in New Zealand. She has recently took New Zealand citizenship and will be representing New Zealand at Masters level as well as coaching one of the new Zealand Masters teams.

Spencer emphasises that making an athlete feel that his or her opinion is valued is of paramount importance. “Why would any coach ask players to analyse their own performance and feedback on it if the coach is then not going to, if not act, at least consider that feedback?”

Like Brown, Spencer agrees that the coach can choose to refute the player’s ideas but this must be done with a clear and valid reason which the athlete understands. “A coach should be always looking for ways to offer opportunities for player input, by providing a challenge that the player may be able to help solve. As a coach you should be using positive means of communications so that the player feels valued and, crucially, is developing good leadership skills.”

When it comes to how athletes learn, both Spencer and Brown stress that the athlete must understand what it is they are being asked to do. “The most important thing is to ensure the athlete understands why he or she is being asked to do something (match analysis) and how his or her input will be of value,” says Spencer. “If you asking the players to work in small groups, for example a defensive penalty corner team, then emphasise what each member can bring to the team, this is called conscious interlocking individuality. If you don’t make each group member feel valued, you might find some people sit back and let others dominate the conversation.”

Brown agrees, adding: “Any learning should be fun, challenging, engaging and worthwhile. If an athlete can see the benefits in analysis they will become engaged in process and curious to seek more solutions.”

The two coaches also emphasise that there is never just one solution to a problem and the athlete’s learning should be driven by the knowledge that there could be multiple solutions to one piece of analysis, all different but all potentially correct.

And Brown has one last piece of advice for coaches who wish to fully engage their athletes in the learning process.

“Team cohesiveness and team understanding is underpinned by a shared learning space in which athletes are set tasks and challenges, their learning is reviewed, reflected upon and then a new challenge is set. That’s how teams and individuals within those teams understand tactics and game plans.”