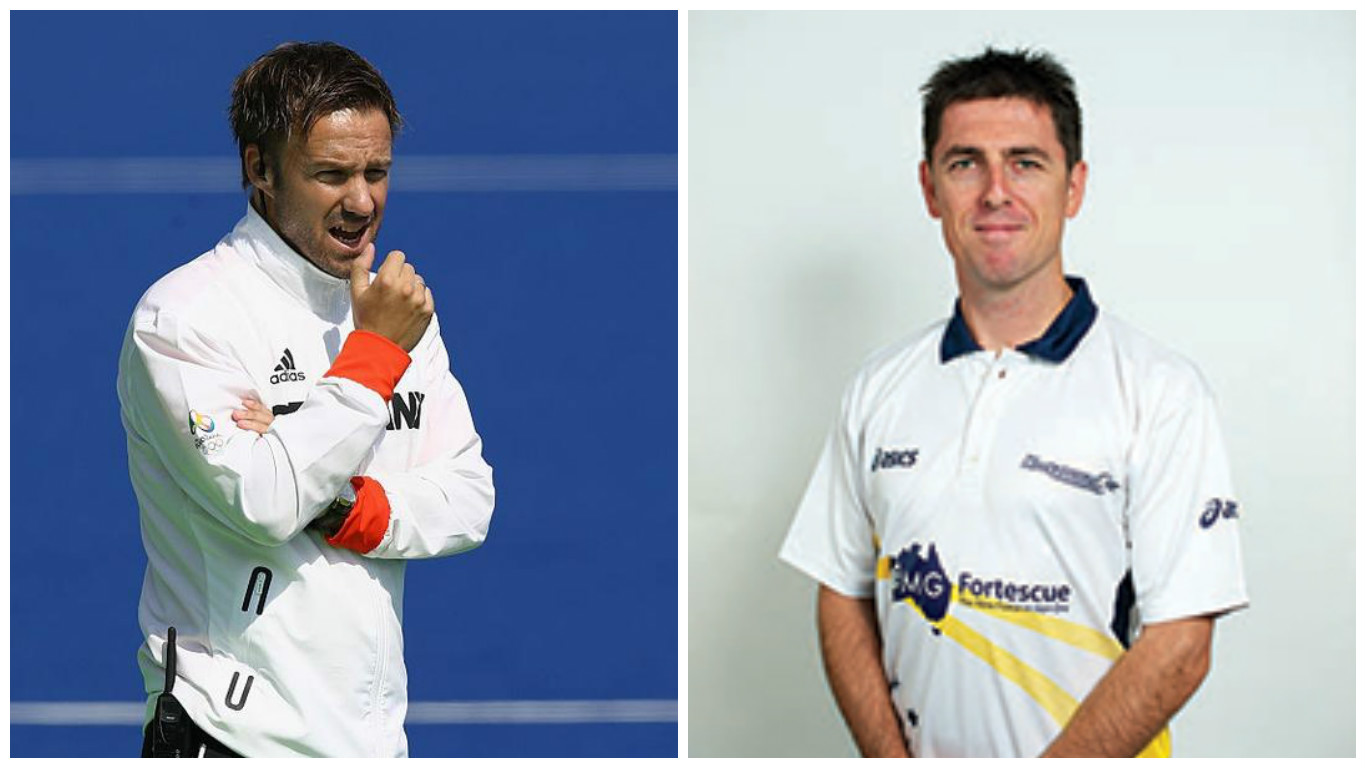 As the 16 teams participating in the Uttar Pradesh Lucknow Junior World Cup put the finishing touches to their preparations, we caught up with two of the top coaches on the scene, Germany’s Valentin Altenburg and Australia’s Ben Bishop, to get their thoughts on this exciting event in hockey’s international calendar.

In 2013, Germany were crowned champions at the Delhi Junior World Cup, beating France 5-2 in the final. Australia finished fifth, a result that was disappointing for the ever-ambitious hockey-loving nation, but this year the Burra’s will be hoping to achieve a much higher finish.

Several members of the gold medal-winning German team have gone on to successful senior team careers, most notably Christopher Ruhr, who was voted 2013 and 2015 FIH Rising Star before picking up a bronze medal at this year’s Rio Olympics.

Speaking about his experiences at the 2013 JWC, Ruhr said winning the final was one of the best moments of his life and that the group of players who made up the U21 squad “remain great friends today.”

For Germany’s coach, Valentin Altenburg, a repeat of 2013’s win would be the icing on the cake after he led the men’s senior team to bronze in Rio. At the Olympics, one of the most mesmerising matches had to be Germany’s 3-2 win over New Zealand in the quarter finals – a match that saw Germany come from behind and win the game with just a few seconds on the clock. A never-say-die attitude seems to run through all German teams, a point with which Altenburg concurs: “I have a very ambitious team. Independent of how high or low our chances might be, we will fight till the end to regain the gold medal.”

Altenburg has a very straight forward attitude when it comes to tournaments. For a start, he will broker no comparison with past German sides: “This year’s team at the Junior World Cup will have not much in common with the team of 2013. Therefore I wouldn't over emphasise the impact of results from the past.

“I feel every team has a new way of playing. A unique culture. An own understanding of how to be successful.” Altenburg also refuses to discuss the opposition, preferring to focus on how his team can win, rather than how to stop the opposition from winning. “I prefer to focus on my team and I like us to concentrate on reaching our own performance in the games we play,” he says. “That way every game will have its challenges.”

Altenburg does let slip that he feels India will be “almost impossible to score past,” adding that India’s U21 coach Harendra Singh has done an outstanding job with the young Indian players over the past couple of years.

The German coach has had a busy year but Germany’s coaching structure ensures that, despite Altenburg’s commitments to the senior team in Rio and the months of preparation leading up to that event, the U21 side has not been neglected. “I have a very reliable and well-working team around me and the players that ensured that, while I focused on the Olympics, the junior team continued to develop very promisingly.”

The culture within the German hockey teams is one of empowered leadership groups and the U21 side are no different. Just as players share the captaincy and the responsibility at senior level, so Altenburg expects leaders to emerge from this group and naturally take a role on the pitch. “We have players on the team that, through their experience and behaviour, are both very skilful and accepted leaders of the team. When they do a good job, that will become evident on the pitch in Lucknow.”

Like many coaches at the Junior World Cup, Altenburg has heaps of experience in coaching both senior teams and junior teams. He describes the difference between the age groups  in musical terminology. “In a junior team, a coach is more a composer, creating a new piece of art. The coach of a senior team is more of a conductor who interprets the already existing piece of art.

“In a senior team there is already a lot of what you could call mutual understanding or "handwriting", while a junior team is more like a blank sheet that needs to find a common understanding of how to play and perform.”

While the senior players are clearly more experienced, Altenburg is a great believer in sharing ideas across the age groups and says that experience and ethos is not the preserve of the older members of the international set-up. It is not a “one-way street,” he says, rather it is an open system where ideas and influences flow from players and coaches at all levels.

For the players heading out to Lucknow, the Junior World Cup is the immediate target, but in the back of every squad member’s mind there is the lure of Tokyo 2020. Altenburg is fast to put a different slant to that mindset: “You might have two or three attempts at winning senior competitions such as the World Cup and the Olympics – generally you only get one shot at the Junior World Cup.”

For the Burras coach, Ben Bishop, the Junior World Cup will provide his young charges with just the challenge that they need to make the step from young, hockey starlets to potential world-beating Kookaburras. However, he is under no illusion as to the challenge facing his team.

“I feel our team has prepared well and are growing in our belief to win matches. However, we know the JWC will be a very strong competition and we will need to work really hard to get the results we want.” Like Altenburg, Bishop is expecting a strong challenge from the home nation, India.

Echoing Altenburg, Bishop refuses to compare this Australian team with the one of four years ago. For him, the game is constantly evolving and the challenges are different to the ones faced by their predecessors. “I think each team that participates in a JWC event is different and special in their own ways,” says Bishop. “The game evolves quickly and so, even since the last JWC, the game has evolved to offer new challenges to which all teams will need to adapt.”

For Bishop, this being an Olympic year has presented some challenges in getting the group together – for a start Blake Govers and Tom Craig were part of the Olympic squad [Govers in the 16 and Craig a reserve], but support from the national governing body, Hockey Australia, has helped maintain momentum through the build-up to the JWC. And Bishop says that Australia’s relatively poor performance in Rio, has provided some learning points for the young players coming through.

“There is some cross-over between the senior team ethos and that of the Burras, but these guys have built their own identity and I think we have a team of hockey players and young men that are all capable of leading and supporting each other throughout the tournament. I know they take great pride and pleasure in playing for their country with passion, no matter if it is with the senior or junior team.”