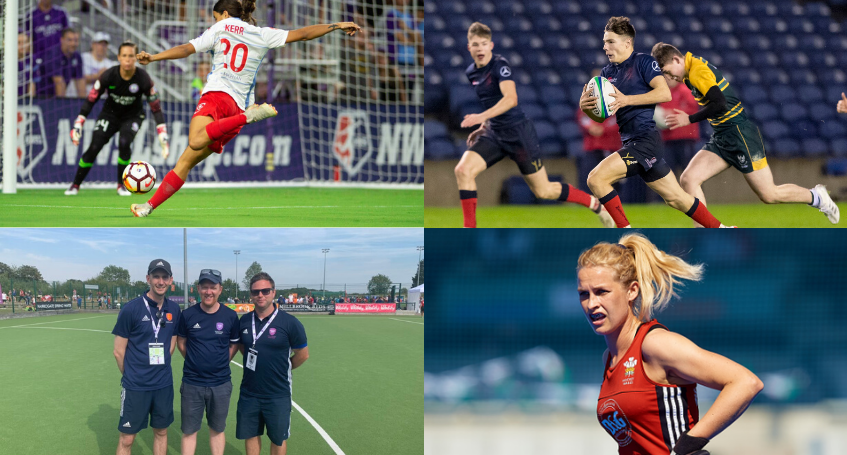 Here are some short stories showcasing behaviours of Coach Logic we really like. It's #BeLike as we firmly believe if you want to Develop Smarter Players you can copy these behaviours and get better coaches and players.

Make sure you scroll through the carousel to see examples of their usage.

One of the best players in the world but still happy to admit uncertainty and ask for opinions from her coach.

Sam uses Coach Logic with the Chicago Red Stars who play in the NWSL league final today. This season, along with striking partner Yuki Nagasato, the pair have made history leading both the goal and assist charts, with Sam winning an unprecedented third-consecutive Golden Boot and recently, the league MVP award as well.

Sam regularly converses with coach Gary Curneen who sends short clips directly to her, allowing Sam to analyse her game away from the training field.

The Red Stars have made the semis five years in a row now. This weekend is hopefully time for Sam and her teammates to secure that trophy!

Jamie Dobie recently made his professional rugby debut for the Glasgow Warriors, having signed while still a school boy.

One of the first batch of players who created video clips using Coach Logic and sent them to his feed for discussion with fellow players or coaching staff.

Jamie was part of the successful Merchiston Castle school who came onto using Coach Logic two years ago. In that time, 1st XV coach and Director of Rugby Roddy Deans tasked his players with taking lead on the analysis.

As a scrum half and pivotal player Jamie certainly was active on the platform clipping parts of the game for discussion in the season they won the Scottish Cup by a record margin. Jamie was voted man-of-the-match for his performance. We wish him all the best on his full-time rugby journey.

The person who values team conversations with both her club side Holcombe and country Wales... The person who doesn't give up, who spends her time reflecting on performance and succeeds in reaching the pinnacle of the game... Safe to say she has persevered for that Great Britain cap!

Earlier this year Leah became the most capped Welsh team sport athlete of all time with 169 appearances, taking over as captain in 2017.

As a top Coach Logic user with both club and country accessed through multi-login, we have been delighted to see her hard-work behind the scenes, that so often doesn't get noticed, come to fruition.

Congratulations on the debut and following that up with selection in the next GB squad also.

James uses Coach Logic so his players do the team analysis to help them learn.

James uses Coach Logic so he can spend less time in front of this laptop.

James uses Coach Logic to find out what his players know so he learns how effective his coaching is.