Welcome to the CLUB - Coach Logic User Board 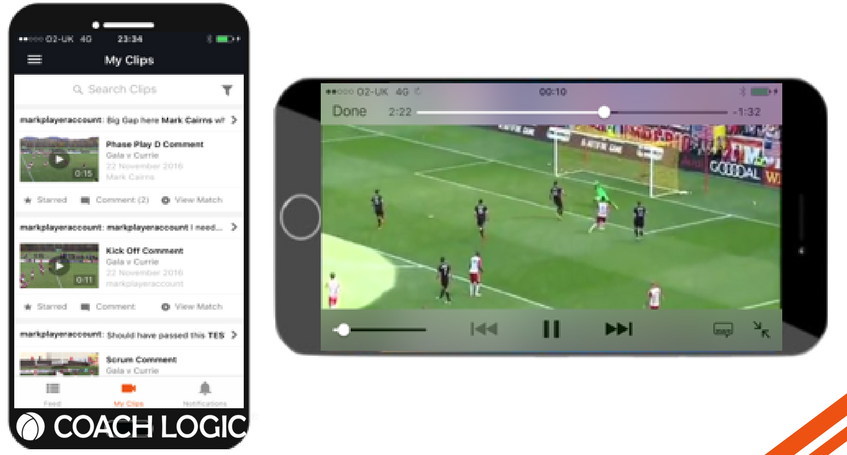 Some of the biggest names in UK team sports will gather together to see the shape of sports coaching in the future at the forthcoming Coach Logic Conference to be held at Loughborough University’s London campus.

Among the big names that will descend upon the Queen Elizabeth Olympic Park to attend the conference will be Premiership football teams, International hockey teams plus representatives from World Rugby and the International Hockey Federation.

The idea behind hosting the event is to explain to users just how the Coach Logic platform works and its relevance in today’s sporting environment, as well as the exciting ways technology will be harnessed in the future.

Leading the conference will be founders, Mark Cairns and Andy Muir, and delegates will have a chance to listen to their vision for the future as well as ask questions and get involved in discussions.

This is a great chance for coaches across a range of team sports to come together and share knowledge as well as learn about the potential of online coaching platforms to develop and improve coaching strategy, player and match official performance and coach-to- player communication.

Two key developments that will be presented and discussed at event are the Coach Logic User Board (CLUB)  and the Club Logic app.

CLUB is all about the team at Coach Logic connecting with its top users to help drive the product roadmap.

There will be regular contact with the Coach Logic development team, quarterly video calls, invitations to specialist conferences, first sightings and use of new products and, in a bid to provide a truly personalised service, a direct line to Coach Logic’s founder and CTO Mark Cairns. This is a premium service that will be available to selected users, all of whom have been invited to this event.

Organisations and teams that work with Coach Logic and are part of the CLUB network will receive the CL Mark, which recognises efforts to put the player at the centre of the development process.

The second key development is the Coach Logic App. The user journey of the app is described below and will be available to all CL users, who will be able to download the IOS and Android App when it hits both the Apple and Google Play App stores on Monday 28th November

Player/Coach (User) watches match and tags events of interest —> User mentions '@' another user(s) or group(s) within the tag —> All tags get sent to users app —>  Users involved in clips get notification —> User opens app and sees all clips that they have been mentioned on —> Discussion begins —> Clips and Messages can be 'Favourited' so that user can access more easily until they feel they have solved problem. Or have had enough at looking at themselves do that awesome thing!

The two key factors to this system are: the player only has to look at information that is directly relevant to him or her; and when they look at the information is a personal choice.

The player can look at the video clips at a time that suits him or her. This could be straight after the match, while travelling home or a day or so later when he or she feels more ready to deal with the information.

Attendees at the CLUB event at Loughborough London will be getting an early release to test out the innovative app.

‍The conference, which takes place on 25 November, has a packed agenda. Besides the introduction and explanation of CLUB  and the app, the groups attending will also be involved in user testing and feedback sessions, where they can see the systems in a realistic and relevant environment. There will also be the chance to listen to some case studies, which will provide extra information about using the Coach Logic technology and its potential within each sport.

Later in the day, Mark and Andy will unveil some future developments in Coach Logic online coaching technology.

“The conference will offer a tremendous opportunity for coaches from some of the biggest team sports organisations in the UK to come together and see how each sport is using this new technology. It is also a great way for us, at Coach Logic, to demonstrate the full potential of CLUB and the Coach Logic app and some of the other exciting developments... I think both CLUB and the app are going to prove to be real game changers in team sports coaching.” - Mark Cairns.