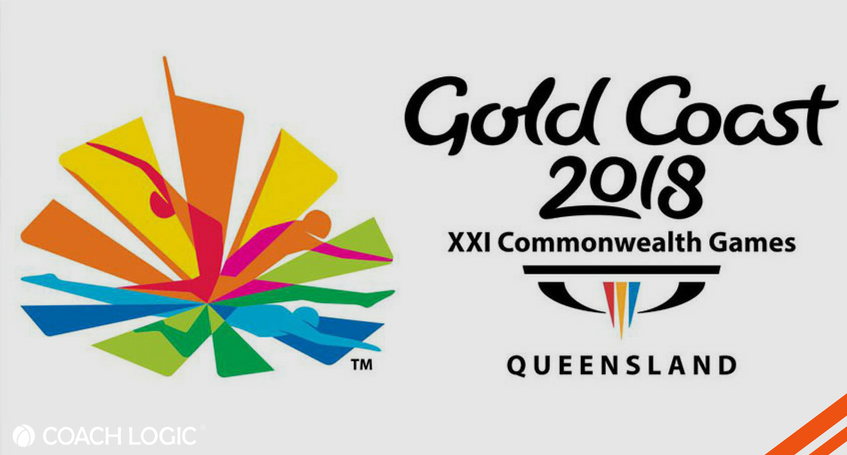 The 2018 Gold Coast Commonwealth Games came to a spectacular close over the weekend and all eyes will now turn to Birmingham 2022. Now that the fun in the sun has come to an end for the athletes, coaches and spectators, we thought we’d take take a look at how our Coach Logic users fared over the course of the last couple of weeks.

So, without further ado, here’s a run-down of the 2018 Gold Coast Commonwealth Games teams who Coach Logic are proud to work with:

The Scottish Thistles were competing in an incredibly tough group alongside New Zealand, England, Malawi, Uganda and Wales. Of the teams in their group, only one was ranked lower than them in the current world rankings, but it was a challenge the women were ready to face head on.

The Thistles had met New Zealand and Malawi in 2014, being beaten twice. However, despite losing again to both sides, the team can take real confidence from having vastly improved on their results. In particular, pushing world number six, Malawi all the way before losing in heartbreaking fashion 50-51. The women followed this up with a loss to England, before finishing with a well-deserved win over Wales.

Northern Ireland’s ‘Girls in Green’ were in the spotlight from the get-go as they faced up against host nation and world champions, Australia on the opening night of the netball tournament. An impressive last 12 months saw the Northern Irish team climb to an all-time high of 8th in the world rankings and they went into the competition with high confidence.

Ultimately, the Aussie’s were too strong for them, and they in fact went on to lose their next two matches against Jamaica and South Africa as well. However, the they rallied in the latter part of the tournament, with two wins in their last two matches against Barbados and Fiji.

They went into the 7th - 8th place bracket, narrowly missing out on a 7th place finish in a 60-52 defeat to Malawi.

Netball is the most popular women’s sport in New Zealand and the Silver Ferns have won two of the last three Commonwealth Games gold medals. The number two ranked team in the world went into these Games full of confidence and hoping to go one better than the silver medal they scooped up in Glasgow four years earlier.

New Zealand finished second in their group, with three wins from five matches, beating Uganda, Wales and Scotland and losing out to England and Malawi in two tightly contested matches. At the semi-final stage, the Silver Ferns fell foul of their neighbours to the north, Australia, and were also beaten by Jamaica in the bronze medal match, meaning they ultimately finished 4th overall.

While the Games may not have gone the way that New Zealand anticipated, the team are incredibly well-placed going into next summer’s world cup, where they will look to reassert themselves as one of the powerhouses of the sport.

Known as the Tartan Hearts, the Scotland women’s hockey team went into the Commonwealth Games ranked 18 in the world. A difficult start saw them lose their opener to New Zealand 6-1 before coming back to earn a spirited draw against the Canadians in their second game.

The girls then went on to demolish Ghana 5-0 in an clinical showing of strength and determination. Next up were hosts Australia, and despite ultimately losing the match, they will have taken an immense amount of pride from the fact that they really should have got something more out of the game against a stronger team.

In the end, the Tartan Hearts finished on a positive note, with a win in the 7th - 8th bracket. Here they beat Malaysia 4-2, meaning they finished in 7th place overall in the tournament.

The 2018 Commonwealth Games has been @TeamWales most successful overseas competition with a whopping 36 medals! 🥇🥈🥉🏴󠁧󠁢󠁷󠁬󠁳󠁿👏

The Welsh women came into the tournament ranked 26th in the world, and faced a tough task to emerge from their group against a series of strong opponents. The tournament could not have gotten off to a better start when they opened with a tight 3-2 victory over India, a team ranked 16 places above them.

This impressive start could, unfortunately, not be built upon, and they failed to win another group match, ultimately falling to England, South Africa and Malaysia, ensuring that they finished bottom of their table. However, as the lowest ranked team in their group, they can be incredibly proud of the effort that they put into the tournament. They gave a series of strong performances that belied their position in the world rankings table.

The team were able to finish on a high note, securing an exciting penalty shoot-out win over Ghana in the 9th - 10th place bracket, meaning they finished 9th overall.

The Welsh men entered the games ranked 24th in the world, but they began the tournament with a strong sense of belief that they could give a real showing of themselves. Facing a group that included England, India, Malaysia and Pakistan, all of whom are top 15 sides, the battle was always going to be uphill.

Despite the team finishing with a record of one draw and three losses, these results do not tell the full story of their campaign. Beginning with a creditable draw against Pakistan, Wales’ biggest defeat came in their second game against Malaysia which they lost 3-0. From there, though, the men put on incredibly brave performances against both England and India, losing both matches by a single goal and pushing both teams all the way.

Wales can take a lot of pride from their performances, which showed that they can stand toe-to-toe with the best teams in the world. Their campaign finished with a win in the 9th - 10th bracket, as they beat a South African team ranked 10 places above them, 3-2.

The Canadian Women’s beach volleyball pairing of Sarah Pavan and Melissa Humana-Paredes could not have scripted a better Commonwealth Games in their wildest dreams. They entered the tournament as the top ranked team in the world, and showed their dominant superiority throughout.

Placed in a group alongside England, Trinidad & Tobago and Fiji, the Canadians went through top of the group with three wins out of three. Even more impressively, they managed to complete this feat without dropping a single set. They carried this dominance through to the finals, beating Scotland and Cyprus, again without dropping a set, and setting up a gold medal match against hosts Australia.

In the gold medal match, and as they had done throughout the tournament, they dispatched Australia 2-0 securing gold, and the impressive feat of completing a perfect tournament without dropping a set.

Although Lynne Beattie and Melissa Coutts went into the tournament ranked 106th in the world, they had real belief that they could make something happen for themselves on the Gold Coast. They started brightly, with a 2-0 win over Grenada in their first match.

However, their other two games, against teams ranked far higher, were not as successful, losing 2-0 against both Cyprus and Australia. Despite this, their win was still enough to see them make the quarter-finals, where they unfortunately lost out to eventual champions, Canada.

The team can take a lot of positives from their performance, which saw them matched against some of the world’s top teams, and will have given the team a world of confidence to move forward.

The Canadian men’s team were not to be outdone by their impressive female counterparts, and had an equally explosive start to their campaign. Matched alongside Scotland, Sierra Leone and Sri Lanka, the Canadians came through their three group matches without losing a set and securing the top spot in the group.

The team of Samuel Pedlow and Sam Schachter faced up against Cyprus in the quarter-final, coming through that match 2-0 and set up a semi-final against the New Zealanders. The team’s impressive form continued here, and they against came through the match without losing a single set, which put them in the gold medal match against the Australians.

In a hard fought match that swayed one way and the other, the Australians, buoyed by the home crowd, proved just too strong for Canada, winning 2-1. The Canadians, however, will be incredibly proud of their silver medal.

Scotland’s men came into the tournament ranked 129 in the world and looking to prove that ranking was nothing but a number. This proved to be the case, as they secured a second place finish in their group, winning two of their three matches.

A hard fought 2-1 victory over Sri Lanka was followed by another 2-1 victory over Sierra Leone. The Canadians, however, proved too much for Scotland, but the men’s two earlier victories ensured a berth in the quarter finals.

Here they came up against their neighbours to the south, England, in a true battle.

The English eventually emerged victorious from the hard fought match, meaning that Scotland ended up finishing 5th overall in what will have been a very promising campaign for the men in blue.

We are incredibly pleased to see these teams who use Coach Logic proudly showcasing their skills on the Gold Coast. These teams did Coach Logic, themselves and their countries proud, but we’re sure work is already beginning on their next respective tournaments.

We would just like to say a huge congratulations to all involved in the Games. Each and every one of them, regardless of the result, put on a real spectacle for the many spectators around the world and showed the real power of sport to bring people together.