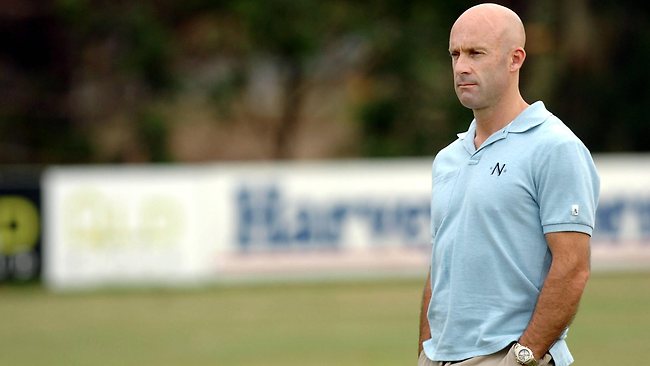 CL: You have worked in High Performance teams in Rugby Union and Rugby League, Hockey and Australian Rules amongst others. Which sport have you enjoyed working in the most and why?
‍DB: All of these field sports have their positives and negatives in their own unique way. Rugby Union is the sport I find the most challenging because there are many sub groups, but this is where so much can be gained in terms of specific performance enhancement. However, it takes the quantity and quality of staff to be able to achieve this. Rugby Union is still a long way off exploiting all possible performance edges. Japan pioneered and show pieced new performance paradigms at the Rugby World Cup. It would be scary to see a rugby union super power like South Africa or England adopt these methods systematically. The NRL is one of the toughest competitions in world sport. It is a fast and straight forward game played by extremely athletic players. At times League players show up Union players in terms of mental and physical toughness.

The same can be said about female hockey players. I really enjoy my time working with Queensland Women’s Hockey and the HockeyRoos - very tough ladies.

As the fastest field-based team sport in the world, the AFL as an organisation is incredibly well run and has a wonderful vision for their game. Although conversely, it often suffers from parochial thinking, which sees many training and coaching practices simple get duplicated from club to club. In addition, currently in AFL as sport the physiological approach to enhancing endurance has become overly distorted.  The neuro-mechanical factors underpin running performance and injury prevention do not get the attention they deserve. Altitude training is a great example of this. Altitude camps in overseas locations are very expensive and physiologically questionable. It seems some clubs resource these trips at the expense of other critical aspects of player preparation.

‍CL: Which sport has the best environment for developing players learning ability?
‍DB: I would suggest that New Zealand Rugby Union has by far the best system in the rugby world. Both in terms of players and coach pathways. Their results by population speak for themselves.

‍CL: You have vast experience in the Physical Performance of Elite Teams. Is there one team who have been far ahead in this area?
‍DB: From an AFL standpoint I would say Hawthorn Football Club. On a national level, Japan Rugby program in the lead into the 2015 RWC was exceptional. It was amazing to be part of. Eddie Jones’ coaching and performance systems with Japan were 4-5 years ahead of the rest of the rugby world. This was very documented by Vern Gambetta here.

‍CL: How will Sport Science continue to evolve? Will rugby players continue to get bigger?
‍DB: No, I don’t think so. They days of field position and big immobile players are over. England suffered a QF knock out in the 2015 RWC because of this type of physical preparation.

‍CL: You helped Michael Cheika for six months in the build up to the Rugby World Cup. What coaching points did you feel the Australian squad needed to work on?DB: It was a wonderful 6 months being able to work with Michael Cheika. Michael did an amazing job in culturally transforming the Wallabies. I believe he did a great deal of this to his credit when players were playing in Super Rugby. Essentially though this 6 month period we worked with the Australian Super Rugby franchises in developing a single 12 month program for each player – rather than 2 x 6 month programs. Also, rather than looking at what we could not do from a team standpoint on account of players being involved with the franchises, we look at what could be achieved on an individual level. This turn out to be very successful in my view.

‍CL: How have Australian rugby fortunes changed so quickly and successfully? Did you think they would have such a good RWC?
‍DB: I thought their performance and result at the RWC was expected. The chronological age of 27.3 years and number of caps of Australian player base at the time of the 2015 RWC was ideal. Needless to say, they were very well coached by Michael and his assistants.

‍CL: You helped Japan in their preparation for the World Cup. Did you believe they would perform so successfully?
‍DB: I was not surprised by their performance at the RWC, but a pleasantly surprised at their result against South Africa. Their employment of tactical and technical periodisation was amazing. It was also a very intelligent application of the Bosch methods to the attack game plan and the team’s physical stature.

‍CL: You have a strong understanding of Performance Analysis within Elite Sport. What are your thoughts on this subject in Elite Sport?
‍DB: Historically different forms of training and game analysis has been managed with silo mentality. GPS is typically a medical or strength and conditioning staff member. Then video analysis and match statistics by the analyst. Often too, GPS commonly not shared throughout an entire coaching department, or directed by the rugby coaching staff. Often the same can said in reverse with video analysis and match statistics. If we accept the principles of tactical periodisation then this should influence all forms of analysis too. It is vital GPS training parameters be understood, planned and applied by coaches in accordance to the needs of training and the physical demands of the game. Under these circumstances training can be optimised, performance enhanced, but importantly be stabilised over an entire season.

GPS is typically only used to look at physical parameters. The need to incorporate tactical planning and physical game demands can be fulfilled through game analysis. It is the combination of both these measures which will provide complete understanding and identification of the most demanding physical requirements of competition.  However, it is often found that analysis and reporting of both GPS measures and game analysis are kept separate and therefore provide differing insights into game intensity and what is required during the most demanding periods of competition. It is evident that the combination of both these analysis tools within one reporting model will provide better understanding, enhancing coaching practice and training optimisation.

‍CL: Likewise, you’ve been exposed to lots of technology advances in Sport. How vital do you see Technology in Sport?
‍DB: Technology should be viewed as an accelerator to enhance rugby coaching practice – not a prime mover.

‍CL: You have close working relationships with Eddie Jones and Wayne Bennett. Which Coach has inspired you the most during your career and from there best developed players?
‍DB: I have spent a lot more time with Eddie Jones over the years. He has been great mentor and sounding board. Eddie is a different person and professional to when I first met him. He has constantly evolved. Wayne is a different guy, but like Eddie has evolved through time. Both will continue to be successful in developing and managing players for this reason.