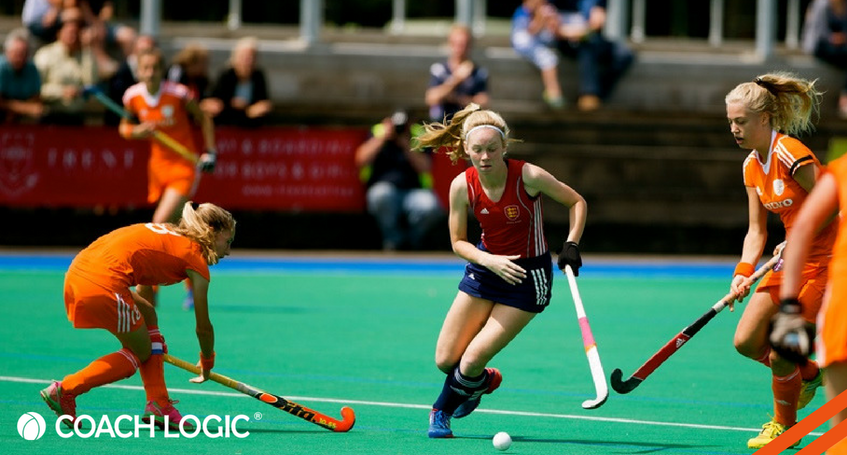 With the women’s Hockey Junior World Cup just a few days away, Coach Logic caught up with three of the coaches who will be hoping to lead their teams to a podium finish: Australia’s Tim White, England’s Craig Keegan and USA coach Janneke Schopman.

In the last Junior World Cup, the USA finished in seventh place after losing out to fellow Pan-American team Argentina in the quarter-finals; Australia suffered a similar quarter-final exit at the hands of England to finish sixth and England missed out on their first ever medal when India beat them on shoot out, consigning them to fourth place.

This year all three coaches hope to improve upon those finishing places, although as Tim White points out: “Junior tournaments are often hard to predict, so our aim is squarely set on playing our best hockey and getting through the group stage into the quarter finals. From that point of the tournament anything can happen.”

There is far less predictability in junior hockey compared to the senior game. Squads inevitably contain a large number of new players, many of whom have not played under the intense pressure of a major international before. All three of our interviewees work with senior teams too, in the case of Schopman, she is now head coach to the USA team, so does coaching juniors present a very different challenge?

“The senior players are a little more consistent, that would be the main difference.”, “As well as understanding what performance means on and off the pitch. However, this young team is very hungry to learn, and they have a desire to be successful.” - Craig Keegan

It is Keegan’s first point that strikes a chord with both Schopman and White. The main difference seems to be what happens “on and off the pitch”. “You have to educate the players more and make them understand what is important when playing at the highest level on and off the field. With a senior team that knowledge is more present,” says the former Netherlands star, Schopman.

“The main difference is perhaps the enthusiasm and positivity they display. At times they need a little more guidance around expectations,” - Tim White.

Shona McCallin was captain of the fourth-placed England U21 team at the pervious edition of the Junior World Cup and is now an Olympic gold medallist with the senior Great Britain side. She explains the difference: “As juniors we worked hard, but when you join the senior squad it is a whole new level. Our strength and conditioning coach said to me ‘people don’t realise just how hard you can push your body,’ and he is right. Since joining the senior squad, I have seen my team mates push themselves to extraordinary levels, day after day.”

For many players who will be stepping out onto the pitch in Santiago, they will have already taken part in an Olympic Games. This has to be tricky for the coach to manage as these players will have experienced a much higher intensity of competition than some of their teammates? For Australia, both Mariah Williams and Grace Stewart were part of the Hockeyroos squad in Rio and many of the team have been training with the senior squad since.

Tim White sees this as nothing but a positive: “The team we have selected gives us flexibility and good depth through all parts of the field. Mariah and Grace were in Rio, and the Jillaroos followed the progress of the Hockeyroos with interest. Everyone in Australia was disappointed the Hockeyroos bowed out of the Rio Games in the quarter finals but everyone involved with the Jillaroos, both staff and athletes, are really looking forward to having a really positive and successful tour to begin the next phase of hockey in Australia as we begin the Tokyo 2020 cycle. The Hockeyroos players and coaches, Jason Duff and Mark Hickman, have been really supportive of our junior group, which has been great.”

It is the ability to get such consistency in the player pathway that is proving successful for all three nations featured here. With the same personnel involved, the junior players quickly learn to adopt the ethos of the senior team; training, while less intense, follows similar patterns between the junior and senior squads. Add to this, the use of similar technology to provide feedback, so players can easily interpret data; similar medical and physiotherapy support so players have confidence in the support staff, and it is clear to see that the coaching structure is set up to make the transition from junior to senior as smooth as possible. As Schopman says, it is all about “creating habits.”

“You will certainly see some similar aspects of play”, “As far as possible I will continue the work we have done with the seniors as that makes it a little easier for these players to make the next step. But this is a different group of players, so the tactics will be setup for the players in this team.” - Craig Keegan

The coaches also have to accept that time with their U21 players is limited, compared to the time spent with the seniors. “The senior team train together everyday,” says Keegan. “The U21 team trains once or twice a month as a development squad. But we are looking at ways to improve this situation, with the aim at closing the gap between the senior and development squads.”

Schopman faces a similar situation, not aided by the vast geography of the USA. “Because of college season our preparation has consisted of individual sessions mostly. Since qualifying for the Junior World Cup however, the team has been aware of this and I know we are now ready to compete.”

The Rio Olympics has definitely had an impact upon the teams and their preparations this year. For Australia, White is pleased with the amount of time he has managed to spend with his squad. “This is a less seasoned squad than the 2013 team but we have been pleased with our preparation for the Junior World Cup.

“It essentially began more than 12 months ago with a tour to Argentina where we played a series of matches against Argentina. The group came together again in January where we played New Zealand in the Junior World Cup qualifiers. We then took a group to the United Kingdom in June this year and played matches against Great Britain and Holland. Being able to play international teams has been invaluable. Our preparation was topped off in Perth two weeks ago when we played a series against the Hockeyroos.”

Craig Keegan on the other hand has suffered a knock-on effect. “We have had very limited time together. With the senior team going through a transition period post-Rio, the priority has been to assess the next group for the national programme. We would usually have more time to prepare for such an event. That said, gold in Rio sends a great message to the next generation, 'anything is possible’. A number of medalists has been around the group, and that also helps.”

Whatever happens in Chile, these young players are embarking on an exciting time in their lives. England’s McCallin might be clasping an Olympic gold medal, but for her it all began in Germany nearly four years ago. The young hopefuls heading to Santiago will be looking for medals here but in the back of their minds, there has to be dreams of Tokyo in 2020.

White sums up: “For most of the players, the Junior World Cup is the pinnacle of their hockey at this point in their careers. It will definitely be an exciting event for them. The main difference with this being a junior event is that it also plays an important role in their transition into the senior team. Many players will have the goal of breaking into the senior team in the next year or two, and it would not surprise to see a number pushing for selection at the Tokyo Olympics in 2020.