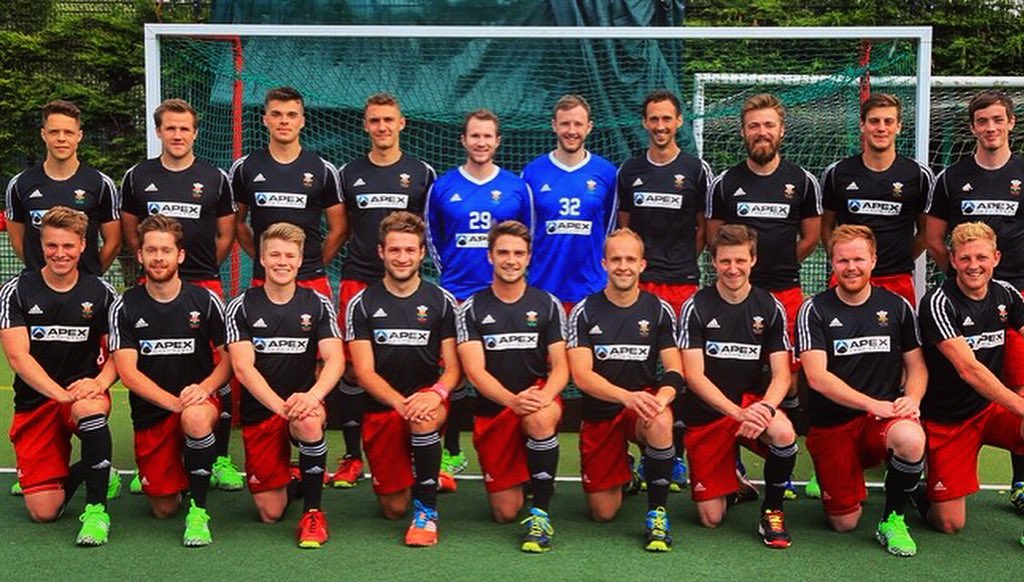 Coaching technology specialist Coach Logic has partnered with Hockey Wales to support the National Governing Body for Hockey in Wales as it aspires to raise the sport to the next level.

‍Coach Logic provides sports teams with an easy-to-use online video feedback and communication platform. The system allows athletes and staff to upload, review and discuss match video as well as cater for all aspects of team management - from player availability and fitness objectives to sharing resources and more.

Coaches and players across Wales, from elite squads to grass roots level, will be able to use the system to support Hockey Wales’ 360 philosophy – to provide every hockey player at whatever level, with a holistic approach to self improvement.

‍With the National Hockey Centre in Cardiff playing host to the 2017 Women’s EuroHockey Championship Division II and both the men and women’s national teams competing in Hockey World League (HWL) Round One events later in the year, hockey’s governing body is ambitious when it comes to improving performance. Currently the men are ranked 36th in the world and the women 30th, but a good showing in the HWL will see them move up the rankings and challenge for honours on the European and World stage.

And with the girl’s U18 squad recently winning a gold medal and promotion back to Division B of the U18 EuroHockey Champions competition and the U18 boys team giving a good account of themselves in the same competition, the future of hockey in Wales is bright.

The idea behind the 360 initiative is to support each player in all aspects of the game – technical, tactical, physical and emotional – and this is an approach that Coach Logic is uniquely able to deliver.

The idea behind Coach Logic is a simple one: the ability to share relevant, easy-to-access feedback and information leads to more effective coaching, better team management and improving players. Through targeted video feedback and clear communication channels, all aspects of the game are covered – from on-pitch issues such as systems of play or penalty corner conversions through to team management such as player availability or pitch directions.

Head of Performance at Hockey Wales, Dan Clements is already a big fan:

“Performance analysis is a huge part of the game at present and technology that assists with this is developing on a daily basis. Utilising a platform that enhances a squad’s ability to analyse and reflect on performances or training will undoubtedly improve performance and continues to drive a culture of self-improvement, something we are big on at Hockey Wales."

“Coach Logic technology will enhance our senior programmes through the dissemination of video but it will also create learning communities. Being able to log in and communicate with peers and coaching staff on specific aspects of a performance will prove invaluable as a means of sharing knowledge.”

With players able to utilise the platform from smart phones as well as computers, the ability to access feedback quickly is a big win says Clements, adding:

“The technological age has left us with a desire to consume information at a quick pace, Coach Logic allows our athletes to do this in and around their hectic work schedules.”

‍Andy Muir, director and one of the founders of Coach Logic says:

“Everyone at Coach Logic is delighted to be partnering with Hockey Wales and supporting the Men's and Women's senior squads with their video feedback and team management in what is an exciting time as the country builds towards hosting the Women's EuroHockey Championship in 2017. We have been really enthused by the energy and drive coming from within Hockey Wales, which is typified by the approaches of Dan [Clements], Kevin [Johnson] and Zak [Jones] at the performance level."

‍“It is clear that Hockey Wales has a clear vision for the game across all levels to raise performance and increase participation. We firmly believe there is huge value that sport can play in people's lives whatever the level, which is why it's great to be involved.

‍“Everyone at Coach Logic wish the best of luck to all Welsh teams for the coming season and beyond.”

‍Coach Logic is an easy-to-use online coaching platform created by coaches, for coaches. It allows coaches and players to view and share detailed video analysis of matches as well as improve team communication and management. Coach Logic was founded in 2012 by Mark Cairns and Andy Muir and its proven technology has been adopted by more than 14,000 coaches and players in leading sports teams across the globe. Coach Logic is the official partner of the Federation of International Hockey (FIH) Academy.

‍Hockey Wales is the National Governing Body for hockey in Wales and covers all aspects of the game, including clubs, schools, universities, competitions, development, umpiring and International hockey.