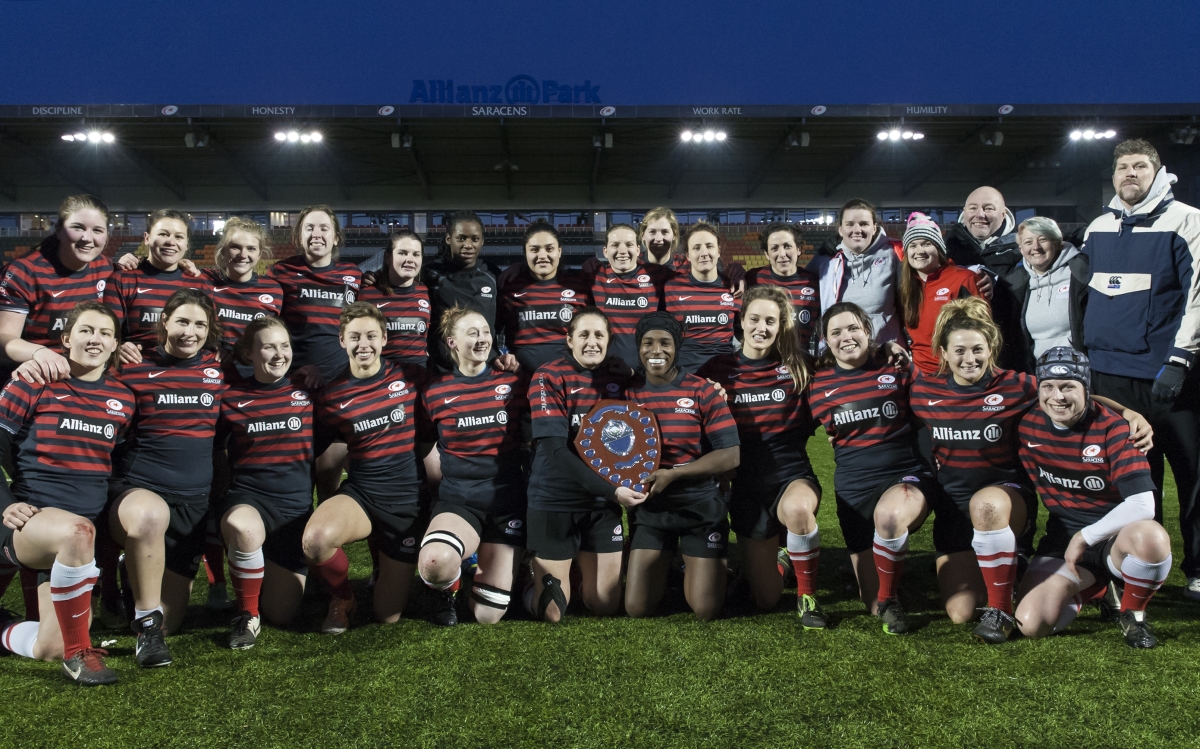 Coach Logic are delighted to announce an official partnership with Saracens Women’s RFC to provide the Club with a 2 year deal for the Performance + platform.

Saracens Women have been at the forefront in the growth of Women’s Rugby across England for the past twenty years. The side were recently named Women’s Team of the Year at last year’s National Rugby Awards. The award capped a historic season in which the team won every available trophy including a League and Cup Double.

Saracens Women have begun the season with an eleven try win against Aylesford Bulls, followed up by a late bonus point win against Worcester on their return to Allianz Park. More wins followed against Wasps and then Lichfield Ladies to ensure a 100% winning start.

Alongside this success, six Saracens Women were recently selected for the England Women Elite Player Squad (EPS). The EPS squad will prepare for two Autumn Internationals in November and then the Six Nations Championship.

‍“The Women’s game may still be amateur but we are striving to create a professional environment and keep raising the bar. Saracens are really leading the way here making every effort to bring us together as one club and strengthen the ‘Sarries’ family ties.”

‍“Saracens Women are always striving to find new ways to raise the bar and keep one step ahead of our competitors so we are really excited to be working in partnership with Coach Logic.  When we were looking for an analysis tool it was important that it matched our clubs philosophy of developing smarter rugby players and empowering them to problem solve first hand. The Coach Logic analysis platform allows us to do this by giving players the opportunity to watch back and reflect on individual and team performances. The feedback from the players has been very positive so far.”

"We are delighted to be working with Saracens Women who are the current Premiership Champions. Saracens are a very innovative club which fits our online video analysis platform very well. We are dedicated to helping teams develop smarter players and so we are thrilled that a team littered with World Cup winners have chosen Coach Logic.
Using Coach Logic, Saracens will be able to upload their match footage and analysis to help players better understand their personal performance and that of the team. Although video is our most used feature, players will also have access to gym programmes, a resource room and a messaging system to aid communication amongst team members.
We hope Coach Logic will have a positive effect on what is already a very impressive outfit."

‍Saracens Women become the latest high profile sports team to join Coach Logic alongside others such as the Australian Hockey Team, the Scottish Rugby Union and the West Ham Utd Academy. For more information about how we can support your team, please contact us here.