Solving sportsmanship in football - views from the Coach Logic community 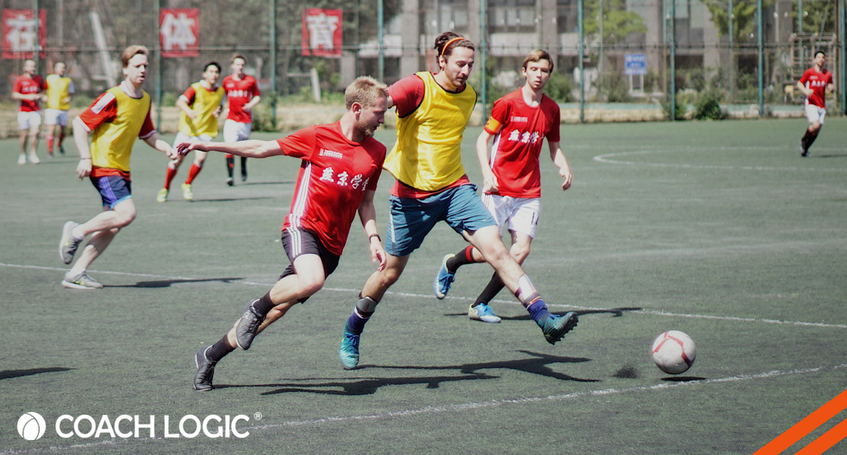 The issue of sportsmanship within football has become a bit of a hot topic recently, due to several poor examples at this summer’s World Cup blighting what was otherwise a great tournament. We touched on the subject ourselves in a recent blog, which stimulated a large number of interesting suggestions and potential fixes from the Coach Logic community.

In our blog we touched on one rule in particular from the world of hockey – the self-pass rule, considering how its integration could improve the flow of the game and, as a knock on effect, tackle issues of gamesmanship. But why stop there? What else is out there in the sporting ether that could help in solving the unseemly side of football?

Amongst the comments from our fervent followers was the great work that the Citing Commissioner has done in the rugby world. Julian firmly believed this, stating:

The role of the Citing Commissioner in rugby is to work independently of the rest of the match officials to address incidents of foul play that were not sufficiently dealt with at the time. The Citing Commissioner has the power, and authority, to retrospectively punish players for their actions and ensure that foul play is more effectively managed.

As well as ensuring player safety and promoting fair play, the crux of their role is a commitment to ensuring that the image and reputation of the game of rugby is not tarnished. This made us think about whether a similar role could be introduced into the footballing world.

Consider a Citing Commissioner whose sole responsibility was to watch a match and monitor gamesmanship on the field. The Commissioner could monitor players without being tied down by the constraints of refereeing the match and the referee himself would be freer to concentrate his focus on the game.  He/she would be kept pretty busy!

For example, imagine if a player feigns injury and then minutes later is running about with no signs of trouble. Could the citing commissioner retroactively punish the player for attempting to gain an advantage by dishonest means?

This is particularly relevant in a world where player safety is a real concern. Players exploiting real safeguards to gain an advantage - such as feigning a head injury - can put referees in awkward positions. If he/she stops the game for a fake injury he receives the ire of players and fans, but if he doesn’t stop the game and the injury is genuine, it could be detrimental to the player's health.

One suggestion that we were particularly interested in was the notion of introducing shorter periods in football. Ellis made this suggestion as one way to combat the problem:

So, what if rather than having two periods of 45 minutes, with somewhat subjectively accrued injury time, we have two 30-minute periods instead – stopping time when the ball is not in play. Any time the ball is out for a throw-in, is stopped for a free kick, or goal kick, the clock is stopped. What this would do is almost completely negate a player's ability to waste time.

No longer could a goalkeeper shave precious time off the clock by stalling, as the clock wouldn’t start til he kicks it. Players writhing on the ground for minutes at a time would also (hopefully) become a thing of the past, as it would have no bearing on the overall time. Moreover, the referee would not have to try and accurately add on injury time, as there would be no need for it!

Power to the people

The introduction of VAR at this year’s World Cup was, in a large part, a success and we imagine it is a matter of when, not if, we see widespread roll-out of the format. However, it did bring up a new series of issues in terms of players demanding that the referee review play after play, creating several unsavoury incidents.

Many of our followers believed that VAR could be utilised in other ways to combat the issue of gamesmanship:

A little severe on the punishments, perhaps, but not a bad idea in theory. Another suggestion came from Dave, who said:

But what if we took the power out of the referee’s hands? Even better, what if we gave it to the head coach or manager of the teams. Better yet, what if we limit the amount of challenges they get, and penalise incorrect challenges for wasting time. This idea is similar to the ‘Hawk-eye’ system in place at major tennis tournaments. Each player is given a number of challenges, which they lose if their challenge is incorrect.

A similar system is already in place in the NFL and seems to work to great effect. The coach is given a red flag, which he can throw onto the field if he feels something has been called incorrectly. Get the challenge right, and all is good, but get it wrong and the team lose one of their time-outs. This saves players complaining and crowding the referee, meaning they focus solely on the game. Ultimately, the coach is the only one with the authority to decide to throw the flag if a "bad call" has been made.

These, of course, are all hypothetical and the reality is that there is a growing problem of gamesmanship in sports, particularly in modern football. Part of the problem we have today is that, in a world where social media and technology features so heavily in our lives, many young athletes are watching their heroes and trying to imitate them.

Coach Logic has always been a proponent  of grassroots sports in shaping well-rounded individuals, but media is so plentiful and so quickly available that these superstars are finding their bad habits being picked up just as readily as their bad habits.

It’s unclear exactly what the real fix is in this situation…but while we hope that FIFA work actively towards a solution, we can still dream of what might be!