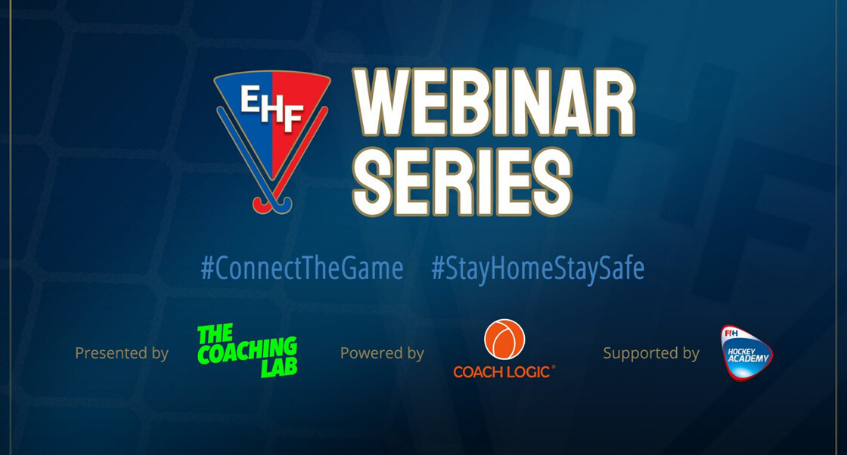 When the sporting world paused live action due to the Covid-19 outbreak, the European Hockey Federation were quick to announce a series of live webinars to keep the hockey world engaged and connected.

All webinars were recorded and available to watch on demand. Here's a recap on the series.

Week 2: Working on the international scene with Jamilon Mulders

On the Series EHF's Head of Development and Education Tom Pedersen-Smith said:

"I'd like to say a massive thanks to our special guests over the last 6 weeks. An Equally Amazing line up that has engaged over 44 nations during the first ever European Hockey Federation Webinar Series. My thanks to the guests Alyson, Bobby, Maddie, Joy, Sofie, Bernardo, Coen and Jamilon. The game has been connected through the ever impressive Jack Rolfe and a big shout out to our partners Coach Logic and the influential Mark Cairns and thanks to the continued support of Siobhan Madeley, Mike Joyce and Andre Oliveira."

"It's been fantastic to be involved in this Series. Great for me personally to get an insight into the hockey coaching world, lots of similarities to rugby but also a bunch of knowledge that I would never have gained from hanging with coaches in my own sport. Looking forward to the next Series!"

Each week from the six week series can be re-watched via The CLubhouse on Coach Logic. The video below explains how to access them.

Remember that all webinars are available to re-watch. #TimeToReflect

We look forward to the next series!