The New Video Player - unrivaled insight for players and coaches 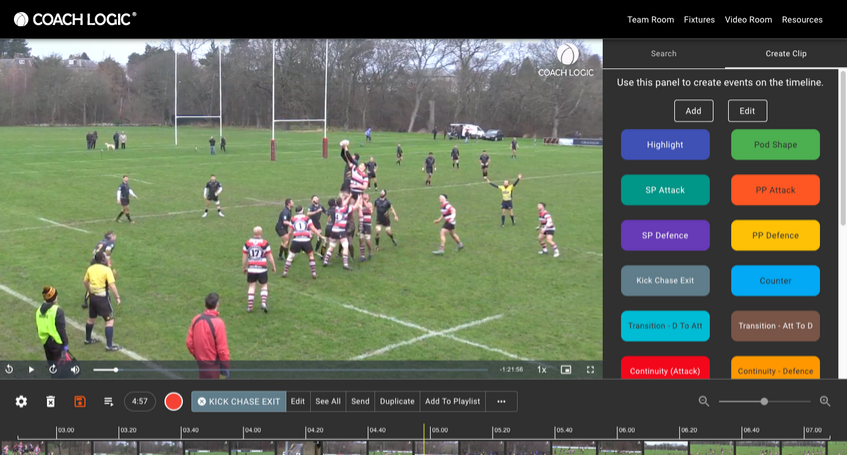 We have released our new innovative Video Player after widespread consultation with players, coaches and analysts from across team sports and of all levels of experience.

Mark Cairns is one of the founders, along with Andy Muir, and in his role as CPO has spent time developing the new iteration of the Video Room that will have an enormous use to users at all levels of the game.

Mark, who used to work as a PE Teacher and is still heavily involved in coaching club rugby in the competitive Scottish league, is all about on-going learning opportunities and the new Video Player fits beautifully into that philosophy.

"It is so evolutionary that it is difficult for me to say exactly how our customers will fully use the product. It's flexibility is one of the things that we are so excited about. In effect, coaches and players will be continually developing ways to best the Video Room to meet their own needs. It is a constant source of inspiration for me that I'm learning from our customers all the time. They will continuously come up with a range of really cool ways to use it."

Within his own coaching, Mark is particularly keen to use the Video Player new and improved 'playlist' feature. This allows the coach to continually add clips from multiple games or training sessions. By building a bank of content, a coach can create playlists that demonstrate things such as 'best behaviour on the pitch' or 'successful line-outs', or 'decision-making in defence'. The clips can then be used to reinforce coaching principles.

The clips can also be used to get players returning from injury back up to speed rapidly or introduce a new player to the team's strategy or style of play.

A playlist can also be used to create motivational videos or even presentations for sponsors or marketing opportunities.

At an operational level, the newly-enhanced Video Player has been built to increase the speed with which analysis can be carried out, enhanced and greater efficiency when it comes to clipping and an overall better user experience.

It has also been developed with 'mobile first' in mind. This differs from previous incarnations which were initially produced for a computer screen. Now the product is primarily built for a mobile but easily expands to a bigger screen.

This last innovation fits with Coach Logic's ambitions to engage players in the video analysis process. Most players view clips on their mobile phone, so adopting a 'mobile first' approach hits that demographic.

"For us, it is player first. If you can get the players to engage in the learning process then the coaches are happy. The Video Player is for players, coaches and analysts - third party analysis can also be integrated to any video".

As former educationalists, Mark and Andy put learning at the heart of Coach Logic.

"The Video Player enables players to use video to improve their understanding of the game. And it provides more opportunities for communication between coaches and players. There are other platforms that include analysis but they don't make that connection back to learning.

"To Andy and I, it is all about engagement and involvement. It is so important to involve the players in analysis. The Video Room makes analysis a very intuitive process so people who have never done any form of analysis before can step into the room and get involved in their own learning and development."