Using Your Head: Can We Keep Players Safe From Concussion? 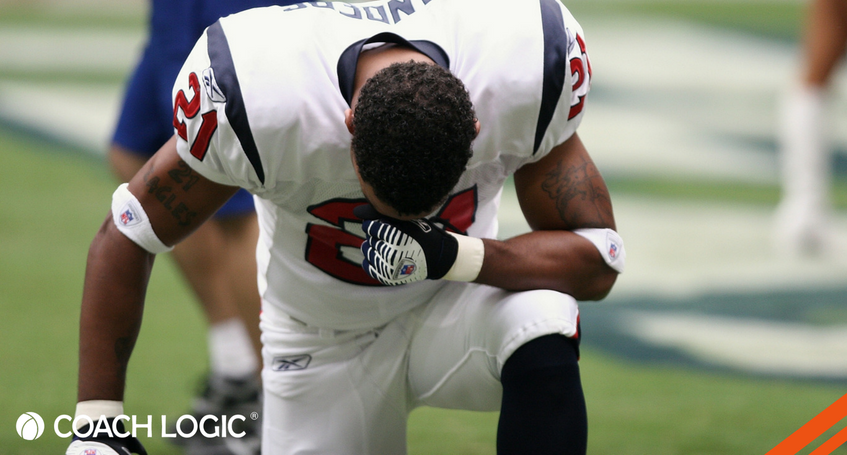 Sport plays a central role in keeping us fit and healthy. It can also improve social interaction and help teach important life lessons including discipline and teamwork. However, there’s also another side to sport that we must be wary of, particularly in contact sports.

‍Collisions are an inevitable part of these activities, they provide a huge amount of fun and excitement for spectators off the field, but attention must also be paid to the risks – especially head-related collisions.

Most sports have their own set of rules in place to manage player safety in relation to head injuries. In recent years, movies like Will Smith’s Concussion have brought the seriousness of head injuries to the public’s attention on a much greater scale. As a result, many sports, particularly rugby, Australian Rules Football and the NFL, have spent a great deal of time and money attempting to balance player safety whilst still trying to keep the essence that makes the sport so exhilarating for fans.

We wanted to take a look at some sports and their relationship with concussions, to see how they’re attempting to combat this dangerous injury – if it can be combatted at all.

What is a concussion?

But first, what exactly is a concussion? Are there tell-tale symptoms that you can spot to help in a diagnosis? The simple answer is…well, it’s sadly not that simple. Headway, the brain injury charity, defines a concussion as a blow to the head that results in a temporary disturbance in the brain’s ability to function. The effects associated with concussions are many and varied, but can include: vision distortion, nausea, dizziness, light sensitivity and confusion.

However, concussions can be extremely difficult to diagnose, as many symptoms can take time to display themselves. In this instance trainers must, more often than not, rely on the honesty of the player in admitting symptoms. But, in the win-or-bust environment of many professional sports, a large portion of players would rather not say anything – especially in the heat of a game – for fear of being removed.

The issue becomes more pressing when you consider the long-term effects of repeated concussions. Chronic Traumatic Encephalopathy (CTE) may not be easy to pronounce, but it has become a buzzword in the meeting rooms of sporting organisations around the globe. It’s a degenerative brain disease that’s been heavily linked to athletes who suffer repetitive brain trauma. Symptoms of CTE do not start appearing until years after the concussions have been suffered, further highlighting the need the future wellbeing of athletes.

Undoubtedly, one of the biggest sports to face scrutiny over player protection is the NFL. As recently as March of this year, they yet again amended their rule on using the helmet to initiate a hit on an opponent. Now, not only is the team punished in the form of a penalty, but the infringing player can also be ejected from the game if the referee deems it necessary.

This is a significant step for the NFL’s rule-makers who, it would be fair to say, have had a difficult relationship with the topic of head injuries in recent years. However, with the NFL’s chief medical officer announcing a 16% rise in concussions in the 2017-18 season – 291 in total – questions will still be asked as to whether the new rule goes far enough.

In recent seasons, the league has employed its own staff of doctors who are present at games to conduct concussion assessments. Crucially, these doctors are not affiliated with any teams, removing – in theory – any ambiguity over questionable calls to allow a player back on the field.

Australia’s AFL is another sport that is dealing with the spectre of head injuries and how to protect players. A frenetic and exhilarating sport, it can also be incredibly brutal, with hits being delivered without the relative protection that NFL players have on match days. Much like the NFL, penalties and fines are seen as the best on-field deterrent for players, where offenders could be suspended for a number of games as well as being hit financially with a fine.

The AFL currently employs a head injury assessment on all players who take a head knock – putting the onus firmly on the club doctors to determine whether a player is concussed or not. Players deemed as suffering from concussion symptoms are then unable to re-enter the field of play. However, with scientists arguing that 1-4 weeks rest is required for a head knock, many are calling for players to have to sit out several weeks if concussed.

In the world of rugby, concussion is amongst the most common injuries. It, like all other contact sports, is attempting to make positive strides in the quest to protect players without diminishing the quality of the game itself. Currently, world Rugby’s guidelines state that any player showing signs of concussion must immediately and permanently be removed from the game.

Yet, many argue that these rules are being flouted, with recent high profile examples of players returning to games in an uncomfortably short space of time. Despite governing bodies urging referees to hand out stricter punishments to players deemed to causing a head injury, the number of reported concussions in the professional game has risen in each of the last four years, creating an unnerving statistic for rule-makers.

The questions around concussion become even more relevant when you consider the grassroots game. The grassroots level is so important to all sports, helping teach the next generation of talent the skills necessary to become elite stars, but also providing a platform for millions of amateur and non-professionals to get out and stay fit and healthy. However, of the countless matches that take place around the world, most do not have immediate access to medical support like in the professional game.

It is perhaps because of this, that arguably the grassroots game is making the biggest amount of headway on the topic. Their message of ‘if in doubt, sit them out’ is a smart better-safe-than-sorry approach to head injuries and it could do well to be rolled out in the professional league too where the push for victory sometimes comes at too high a cost.

Sport has an incredible ability to transcend cultural boundaries and connect different people from different cultures in a shared passion, but player safety must remain a primary consideration. These sports, and many others like them, face a daunting task of walking this tightrope – where the fall is great and there is little in the way of a safety net.

Ultimately, one of the biggest issues the sport must overcome is perhaps the most difficult - the honour system placed at the feet of the player. When so many situations require the player to admit symptoms, medical professionals must place their trust in a player’s willingness to reveal these.

While we applaud any attempt to make sport safer for all those involved, it is impossible to remove collisions from contact sport and still have it be the same sport. We may not have reached a safe compromise that benefits all, but it is clear that the sports are attempting to make changes that can safeguard the future of the players, and the sport they play.

Despite the challenges, modern technology can help to streamline the process.  For example, apps such as Return2Play help coaches and players with the injury management process.