Whitgift Rugby creating ‘Students of the Game’ with Coach Logic 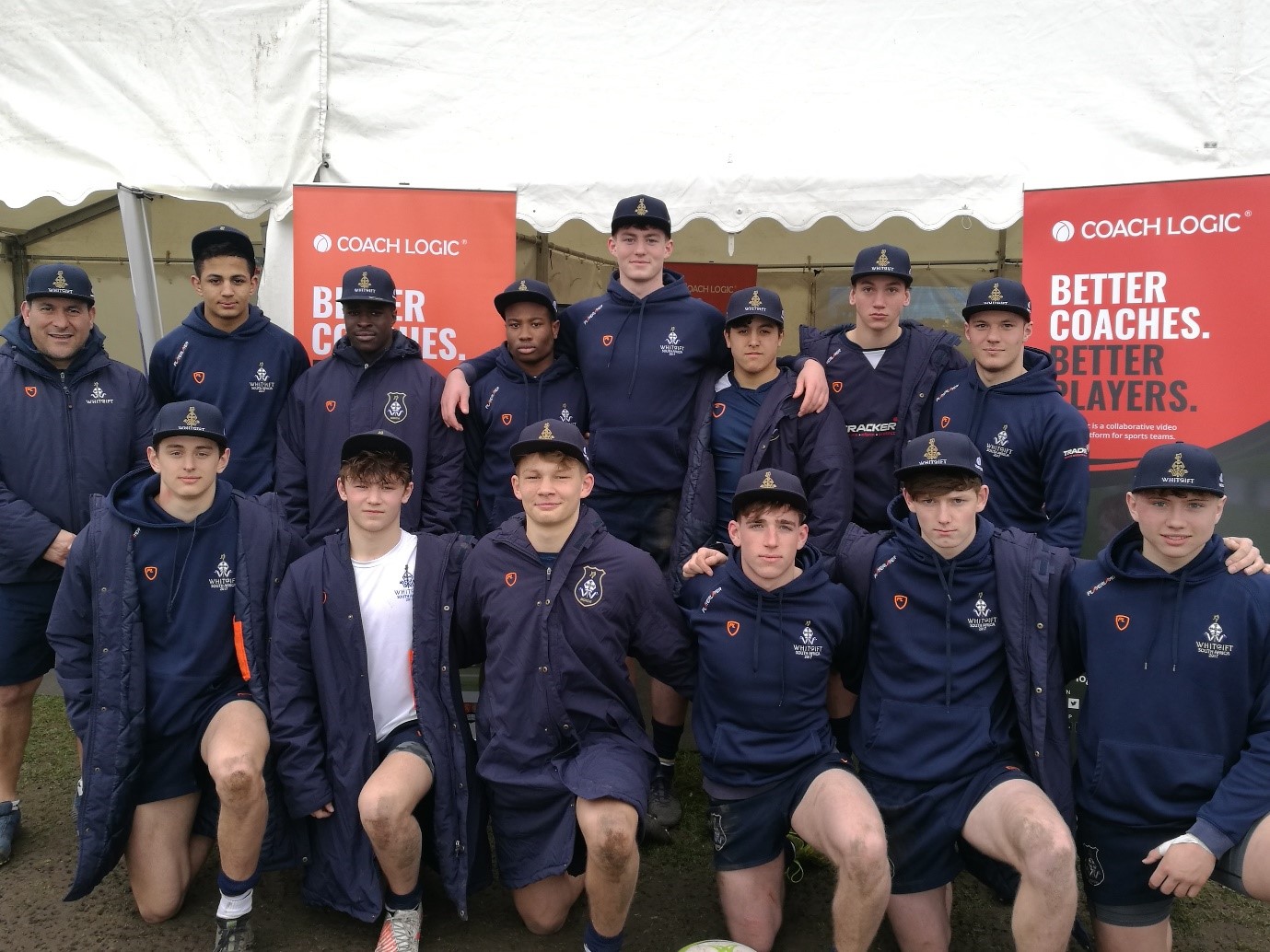 “We can all be better today than we were yesterday, so we can all prepare for tomorrow”.

The words of Mr Eugene Martin, the Rugby Development Manager and 1st XV Coach at Whitgift School in South Croydon. Martin, whose playing career involved stints at Glasgow Hawks, Waikato and the New Zealand Maoris, is now ten years into the world of coaching having previously been at Birmingham & Solihull and Warwick School.

“Players should always have a progression path. Even at professional level, players can be inspired when an international player comes back to training and lifts the atmosphere. Creating environments that inspire all players is what we’re trying to achieve at Whitgift.”

In a desire to solidify player development programmes, Whitgift approached Coach Logic in September 2017 with the intention of uploading video footage of all 1st XV, 2nd XV, u16 and u15 rugby matches and asking individuals to review personal performance.

It was an exciting development for Coach Logic.

Whitgift School has a strong rugby tradition at the heart of its sporting ethos and is renowned across the UK as a leading sporting school.

Mr Chris Wilkins, a former London Wasps player and winner of the esteemed RFU ‘Performance Development Coach of the Year’, currently holds the position of Director of Rugby at the school.

Eight Whitgift boys are currently enrolled at the Quins Academy, making the most of the outstanding facilities and coaching available at such a prestigious premier league club and Wilkins is keen for this partnership to keep flourishing.

2018 was certainly a successful one for the school as the Whitgift U15’s won the RFU Schools Cup in a tense game securing their fifth Schools Cup title with a 22-12 win over Manchester Grammar School. It was their third u15 cup triumph following wins in 1999 and 2003 and their fifth cup triumph in total which includes two u18 titles.

The challenge for Wilkins and Martin is how they continue to forge and build on this reputation as one of the best sporting schools in the country.

Having witnessed several leading coaches come to Whitgift, including Eddie Jones, a stand-out attribute of the successful ones for both of Wilkins and Martin was the level of precise detail across the whole programme considered.

This realisation was one of the reasons behind choosing Coach Logic with the intention of allowing players to delve deeper into match feedback and analysis, away from the limited time that rugby is allocated during a normal week at school.

The intention was continued learning and development away from the pitch would thus maximise focused on-pitch training time at the school.

‍Player Involvement in the Analysis Process

“Getting players involved in the analysis process is very valuable – it’s the ability for players to get vital time and opportunities to reflect. It is very much part of the player development model we’re evolving at Whitgift.” Martin explains.

From the above clip, Mr Martin posts a series of questions. “Where’s the space, are there any overlaps, who’s in space?”

Martin mentions the key elements from the clip: “the space and overlaps” and then asks for the players to solve and understand what happened and whether improvements could be made.

As you’ll see from the next clip, the questions posed by Martin act as the perfect ‘discussion starter’ with no less than five players offering up practical solutions.

How much are the Players’ Understanding?

“The best part of Coach Logic is players being allowed to create posts and tags. It gives us coaches an insight to what our players are thinking and analysing with open discussions. It allows us to plot individual player understanding and therefore set appropriate level sessions and problem-solving tasks.” – Mr E. Martin

The following image shows player ‘Reece’ clipping a moment from their match against Hampton School discussing structure of play. Mr Martin sees this and can comment appropriately.

The next clip, from the same game, shows a fellow player locate an area for improvement. The player called Taino then adds supporting evidence as to how the team can improve this weakness.

The creation of these two clips allows Mr Martin to gain the inside track of where his players are at understanding wise and plan training sessions appropriately.

“Students are very busy these days at schools like Whitgift. From our perspective, they only have so much time they can concentrate on rugby, especially the training and playing side. Coach Logic is available 24/7 and allows players to pick up or go into detail on something in their own time, away from scheduled time for rugby. This allows us to really prioritise sessions when the boys are all together.” - Mr E. Martin

Despite admitting time pressures are a challenge, Mr Martin wholly agrees youngsters should throw themselves into a range of sporting and other school activities. Because of this, Martin asks players to review clips prior to attending rugby training.

The online access of Coach Logic allows the players crucial time to watch, evaluate and form their opinion in their own time. The video can be watched as many times as required as well as having options like zoom or changing the speed of video. Gone are the days when a coach will show a video in the changing rooms and instantly point to a player for them to provide a split-second opinion, especially in an emotive environment with their peers present.

Creating ‘Students of the Game’ and All-Round Better Peopl

“Plain and simple, players/coaches have detailed conversations around moments in the game which in return both come to a better understanding of the game and each other. The relationships within a team are crucial to the way the team performs and how they individuals develop as people as well.” – Mr E. Martin

The clip above shows the first player commenting and mentioning no less than four other players. Mr Martin chips in from a coaching perspective, following by a third comment showing one of the previously mentioned players responding. This comfortable team discussion allows for powerful learning opportunities; not only on a personal level, but also in comprehending team dynamics and problem solving as a team.

If there was any doubt as to benefits of problem solving as a team in the sporting context, read the below excerpt….

The ‘Match Analysis’ term is often linked to an analyst or coach sitting in a darkened room post game looking for weaknesses or poorly performed moments.

What Messers Martin and Wilkins have allowed is players to create clips off their own back and post into a team environment (the Team Feed, as shown above) or discuss with a coach privately. Player to Player communication is restricted on the Whitgift platform.

Rugby is a fantastic sport, but development for players takes place at different speeds and ages. Whitgift’s desire is that the players enjoy their rugby at school and use is to become better all-round people. Their use of Coach Logic and the environment placed around the rugby programme creates thinkers and students of the game, that will far out-last their time between the school walls.

From our year of supporting Whitgift, we have no doubt they are firmly on track to be better than yesterday and continue their development for the betterment of tomorrow.