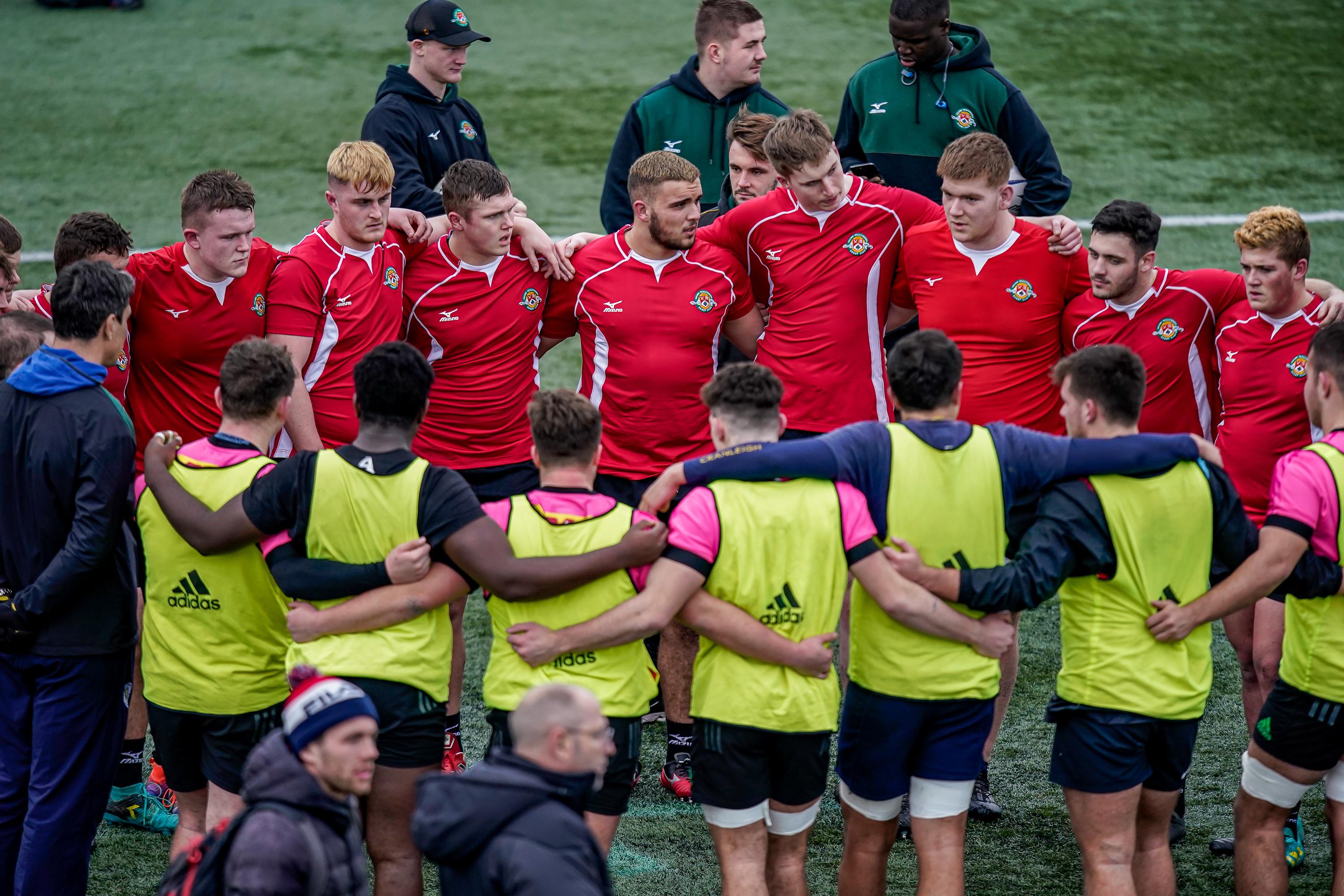 The Ealing Trailfinders Academy Coaches spoke with Mark Cairns, Co-founder of Coach Logic, on their experiences on Coach Logic.

Throughout the discussion they explored the challenges faced during lockdown and keeping their players engaged, starting to use the Coach Logic Platform, what they want their players to accomplish, and what the academy wants to get out of this webinar.

The staff involved from Ealing Trailfinders Academy were Ty Sterry, Glen Townson, and Tim Newhouse. They spoke on using Coach Logic to improve their communications with players and improve the relationship between players to coaches and coaches to players.

Challenges that the coaches from Ealing Trailfinders Academy faced during lockdown were keeping their players fully engaged and motivated to keep using the Coach Logic platform, by offering a Tribes points system - which offered different ways of encouraging interaction between players and coaches through videos. The coaches looked at certain trends throughout the lockdown period and identified that Tik Tok was a massive hit.

“Our first challenge we set them was, again looking at GenZ, what's been a big thing during lockdown? Tik Tok. So, as a group their first challenge was - you’ve got a week to create a Tik Tok, come back to us and we’ll watch them all on a Zoom meeting and as coaches, we’ll decide on the funniest and as a team, you can decide on your funniest, and we’ll rank them” - Tim Newhouse

Using Tik Tok allowed them to keep their players engaged and participate in new ways that the players could use to create a healthy and fun environment. Keeping their social interaction as high as possible, which was important during lockdown.

Another challenge they also faced was changing the players' perception of analysis. At first, you’d think that it’s when coaches stand in front of the screen and point out flaws and where to improve. However, these coaches want their players to be a part of identifying and analysing their own game, which allows them to feel comfortable in doing so, and not feeling pressured by superior individuals to make a statement about their performance on the spot. They want to give their players the opportunity to think about their analysis of their performances.

“Our biggest challenge at the start of our journey with Coach Logic was to change the player’s perception of analysis is about a coach standing in front of a screen, speaking to players about what the coach is noticing. I think that really resonated with me from what we would have done from an academy last year where the players would be engaged in the analysis and they would be asked questions about the analysis but essentially the clips would probably be drawn up by coaches and analysts.” - Ty Sterry

Changing their players’ perception of analysis gives players and the coaches insight into how they can improve their game, through identifying and communicating their ideas and thoughts to one another with ease - Coach Logic allows them to do this.

What do the coaches want their players to get out of using Coach Logic?

The players are keen to use Coach Logic to properly analyse their game with the intention of improving their performance and that of their teammates, in doing so, the coaches from Ealing Trailfinders Academy want their players to initiate a chat on the Coach Logic feed regarding their own and others’ performances, from this they can create a productive and healthy learning environment for players to participate in.

“It’s a great starting point for some of them, that we’d stimulate some conversation on Coach Logic because they maybe feel a little bit safer to do it behind the keyboard for example. Then rather face to face with them when they come into the club then I could pick out a player and say, ‘Charlie fantastic comments on Coach Logic last night, would you maybe share some more on that with the players here now?’. So that is one of the ways which we’re using the platform…” - Glen Townson

In order for players to feel more comfortable, being behind a screen can influence them to make a contributing effort towards identifying and improving certain areas in the team's performance and/or individuals’ performances via the Coach Logic Platform.

What does the Ealing Trailfinders Academy want out of this webinar with Coach Logic?

From this webinar with Coach Logic, Ealing Trailfinders Academy wants to invite and encourage other clubs and/or schools to show them what they do within the academy and to encourage them to use Coach Logic to aid with their team development.

“If there’s any school or club coaches that wanted to see more about what we do within the academy, please do give us a call or an email, because one of the things we are really keen to do is to share what we are doing at the club around how we’re trying to develop players within our pathway. There's an open invitation for schools and clubs to see us.” - Ty Sterry

This is a fantastic opportunity for other clubs and schools to reach out with Ealing Trailfinders Academy and gain valuable insight into player development, the community they surround their players in and the learning opportunities and environment.

“How Can We Be Better?” - Bishop Wordsworth's School

Bishop Wordsworth’s Director of Sport Richard Demain-Griffiths discusses supporting player development and his experiences of using Coach Logic over the past year.

3 Ways To Better Connect With Your Team

Struggling with lack of communication and interaction with your team?Look no further. Coach Logic is here to help, providing you with 3 ways to better connect with your team.